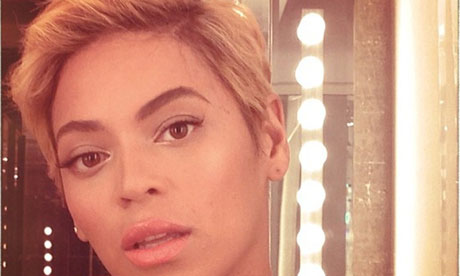 Today the 4th of september marks Beyoncé Giselle Knowles’ 32nd Birthday.’Four’ she believes is her lucky number not only because she was born on the fourth but also because the number represents many good fortunes that have come to her.That’s why she named her daughter ‘Ivy’, because she said the first two letters IV represent the Roman Numeral ‘four’…Happy birthday to you Queen Bey!! Did you see her new look? she cut her mane off, her long hair.It was after the fan incident, when she was performing on stage in Montreal and her hair got stuck in a stage fan.The accident didn’t flaw her performance though, while her helps were taking care of the mess she was concerntrating on her performance and Acing it as usual.Maybe that’s why she cut her hair or maybe not but today’s her Birthday so HAPPY BIRTHDAY BEYONCE!