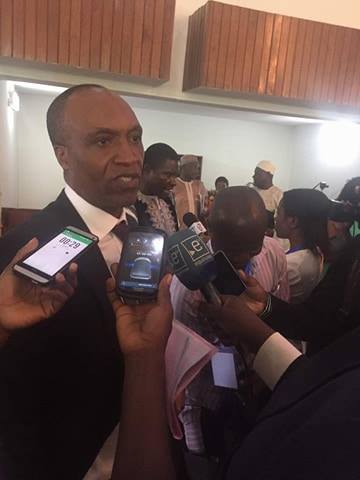 SDF Member of Parliament Honourable Wirba Joseph stormed the National assembly Wednesday morning in Yaounde, after being away from the country for at least five months to an unknown destination. 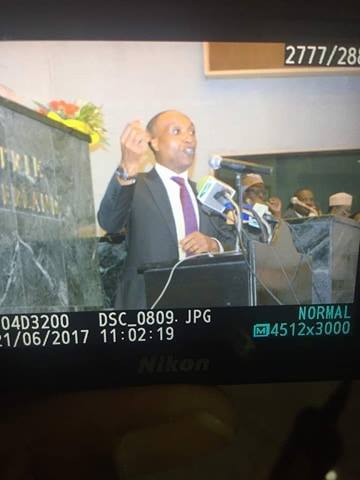 While addressing the other members of parliament upon mounting the rostrum today, the SDF MP from Jakiri Constituency in Kumbo Division, North West region, said;

“I’m back for there same purpose, go and tell the person who signed my arrest warrant to come and arrest me”.

“You cannot shot down the mouth of the people’s representative” he added.

The MP was however asked to take his sit by house speaker Hon. Cavayé Yeguié Djibril, when he started raising issues concerning West Cameroon, reports say. 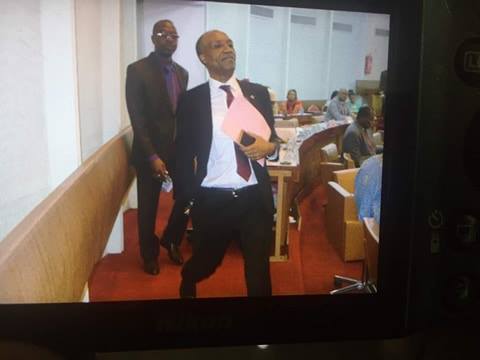 Hon Wirba Joseph has been away to an undisclosed location since December 2016, few weeks after the November session of Parliament, where he condemned the arrest and detention of citizens during the early days of the ongoing Anglophone crisis, including the gruesome incident at the University of Buea.

His address during the National Assembly in November, is thought by many to be the reason why an arrest warrant was issued against him on 19 January 2017, which was signed by the Delegate General of National Security.

Joseph Wirba won a landmark election in Jakiri in September 2013, gaining a seat on the National Assembly. In his first speech to Parliament in December 2013, he lambasted the House for having sat for over half a century without enacting one law that could benefit the suffering Cameroonians. He challenged the House, claiming it  was the only parliament he knew of in the world, whose main job was babysitting the government and clapping for the ministers who were ruining the country.

This drew anger from the house, including those from his own party.

From then on, Hon. Wirba defined his own parliamentary political path. He took some of the most feared ministers to task, challenging their laxity and open corruption, and warning them that Cameroon was “not the property of the president and his ministers”.

In 2016, during the crisis at the University of Buea that led to the violent torture, rape and arrests of West Cameroonian students by police and gendarmes, as well as the killings in Bamenda during a street demonstration, Hon. Wirba got furious and his expression of anger put him on a collision course with the government.

This recent crisis coupled with memories of continuous humiliation, and oppression of the West Cameroon people, led to a historical moment on December 2nd 2016, in which Hon. Wirba, in a demonstration of pain and frustration, took to the rostrum in parliament where he strongly condemned the long oppression and abuse by the government that rules West Cameroonian like a colony. Since then, there has been several reports of plans to assassinate or arrest him, and many news outlets claimed that he fled the country to protect his life.