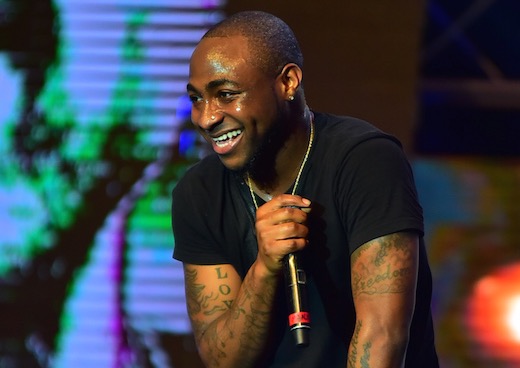 The “if” singer who has churned out yet another mega hit “Fall” took to his social media platform to announce Ronaldo’s follow.

This makes Davido one of 375 people Ronaldo follows on his page out of the 105m following him.

However, some fans are not happy with how a superstar like Davido should be overly excited at mere follow from Christiano Ronaldo

Others, who are supposedly fans of Wizkid say celebrities of Ronaldo’s status are not new to Wizkid on social media and in real life, but Wizkid doesn’t show it off like that. Chris Brown, Drake and Alicia Keys are few examples.

So because @Cristiano followed @iam_Davido on IG we will not hear word again ba? Wen he does unfollow him let us know mbok…

In Davido’s “Fall” a line from the lyrics say “… Cause my girls call me Christiano, Mr. Ronaldo, omo Nintendo…” which many believe it’s the bait that got the football legend’s attention.

To Davido, this is a major signal that his song has cross continents.

Micasa reveals they almost split up

Nasty C drops his freestyle on Sway In The Morning