Hon Wirba and Cavaye Djibril go back and forth at National assembly!

Home » Hon Wirba and Cavaye Djibril go back and forth at National assembly! 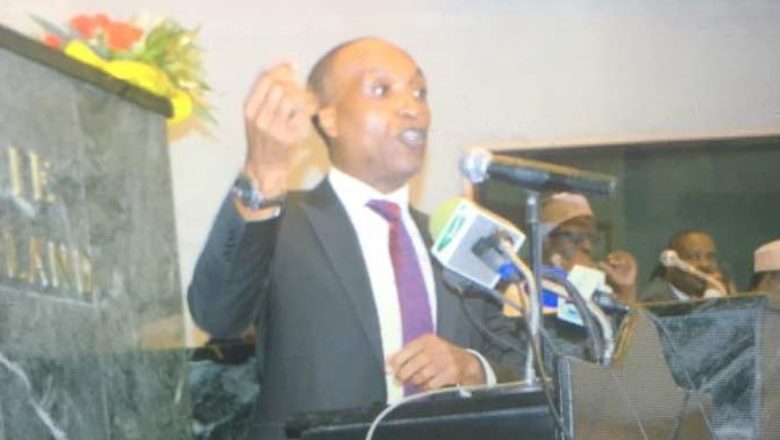 As earlier reported; Hon Wirba stormed the National Assembly, after months of absence. He spoke out on the Anglophone problem with so much rage so that the speaker of the House of assembly; Cavayé Yéguié Djibril, tried to hush him and told him him he was causing disorder.  Read explicit details of all what happened as reported by Nester Asonganyi for Rambler Newspaper:
Those who ask what and why Hon. Wirba came to the parliament: this could be an answer or a tentative answer to you based on what he said:
“Where else should we say these things? If we belong to the National Assembly then Mr. Speaker, you must hear me out. Mr. Speaker, you will hear me out. With all due respect Mr. Speaker, I’ve been chased through the bushes for the past three months. I can not come here and you are discussing …


“Our children are out of school, our lawyers are in jail and all that is happening in West Cameroon means nothing to you. Where is your standing order to suspend for us to discuss matters that have to do with the people of West Cameroon? You tell me because you do not seem to have an agenda for us …
“Mr. Speaker, I am telling you that the person who ordered my arrest … tell him I am here; He can come and take me out of this National Assembly and the people of West Cameroon will know that they do not belong here …


“The representatives of the people have the power to say it as it is at any time. I mean, we come here and you shut us down … what should we do? I should have waited for them to bring my head to you. That’s what you would have wanted. I just say NO!
Mr. Speaker, can you now on this floor, give us where this National Assembly can discuss the issues that have to do with the people of West Cameroon? Because it is more important than anything you have discussed in this Assembly from independence. Can you tell us? Because if we can not talk about these things here, where are we supposed to talk about them for God’s sake? “You keep humiliating us like this, every time, it’s the same thing. Get to the church leaders, we are humiliated, get to the lawyers, we are humiliated. We come here to represent our people and you tell me that I can not talk about my people then, you will need to shut my mouth with death.


Can I have the time when we will talk about the problems of our people? If you have no space here for that it means that the country completely excludes us from its program and I do not want that to be. You are supposed to make sure that we come here and represent the people, talk about their problems so that you understand the problems.
“I am happy that I am coming here when the Minister of Territorial Administration is here and I am wondering because Mr. Minister I said here on the 2nd of December that the reign of terrorism in West Cameroon is bringing down the country and nobody seems To listen and then I come here and we are told that we can not speak in behalf of those people? It is the right of the MP to represent his people, Mr. Speaker.


“I’m not bringing any disorder. If you let us talk about our problems, nobody will be wasting this time because I have a full file here to discuss the problems of my people, so can you give me space to talk about it? If I do not have it, then you are saying and with the order on my head that I should be arrested for representing my people. You are saying that the last remnants of anything we call democracy have died in this country. If an MP can not talk who else? And if an MP for the country is not safe, who else is safe in this country …? “
Observers who saw Wirba pop up at the Assembly, likened the MP to a modern day Sumanguru, the war lord, who, following his perceived defeat after being shot with a arrow with a white rooster crest – the only weapon to which he was vulnerable disappeared . But when his enemies least expected it, Sumanguru reappeared.
But while Sumanguru reappeared with mystical powers, Wirba returned with oratorical powers, practically setting parliament in confusion with House Speaker; Cavayé Yéguié Djibril, even more confused and just babbling inanities, unable to contain the persistence and eloquence of the SDF MP.