The West-Kardashian Couple Hires Surrogate Mother For their 3rd Child 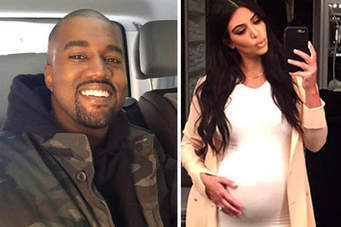 E-News recently revealed that Kanye West and Kim K will be hiring a surrogate mother for their 3rd child. According to them, they dream of a third child but due to Kim K’s recent placental disorder, it is going to be quite difficult for her to get pregnant again.

Kim’s third pregnancy would have to be potentially dangerous, leaving her to decide to use an agency that will hire the surrogate. In her previous pregnancies she already suffered several traumatic experiences in her body, she had a retained placenta and toxemia, increasing her odds to have yet another difficult pregnancy.

According to her health specialist Dr. Crane they are worried about the next serious complications as there are situations where retained placenta could be a matter of life and death.

At first, she did not think surrogacy would become a realistic option for her, but it ended up being one. Kim even accepted the fact this might be her only other option. In the end, she remains hopeful that whatever’s meant to be will eventually happen.