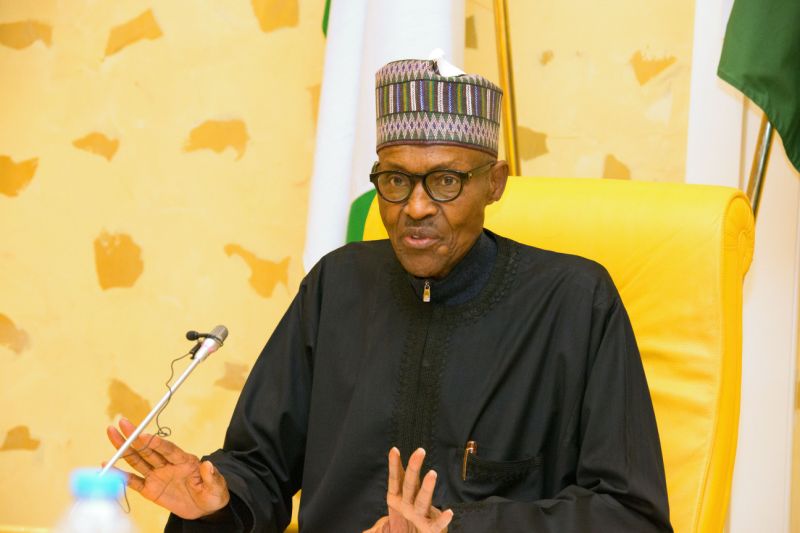 On Saturday, Nigerian president Muhammadu Buhari, released an audio recording for the celebration of Eid al-Fitr, the Muslim festival that marks the end of Ramadan. It was the first time the nation heard from its president since May 7 when the president left the country for the UK for medical treatment.

The 1-minute clip featured Buhari speaking in Hausa, a language common in northern Nigeria, where the population is mostly Muslim, but not so in the largely Christian south, and was transcribed into English by the president’s spokesman, Garba Shehu.

“My greetings to all Nigerian Muslims and our brother Christians on the occasion of Eid el-Fitr. May the lessons of Ramadan, namely piety; self-denial, prayers, and generosity to the poor and needy be with us for all time,” said Buhari.

But the statement was met with suspicion from some quarters, with critics asking why Buhari had not chosen to release a video statement and calling into question the identity of the speaker, and also why the president released the audio in Hausa which is not an official language.

Buhari is said to have sent a Ramadan greeting to Nigerians, except that it was signed by his Senior Special Assistant. Who is fooling whom?

In a nation whose official language is English, Presidency @MBuhari broadcasts a message in Hausa. Would Trump address America in German?

I don’t know what ‘North’ @MBuhari represents, but I do know he’s making it very uncomfortable for many Nigerians to feel Nigerian.

The health of the president of Nigeria, Muhammadu Buhari, has been the source of constant speculation in the West African country since the start of 2017. The 74-year-old ex-military general, who came to power in 2015, has been on medical leave for more than 14 weeks this year. Buhari is currently in the U.K. receiving treatment for an undisclosed medical condition.

He left on May 7 and Nigerians had not heard from him since then until last Satuday.