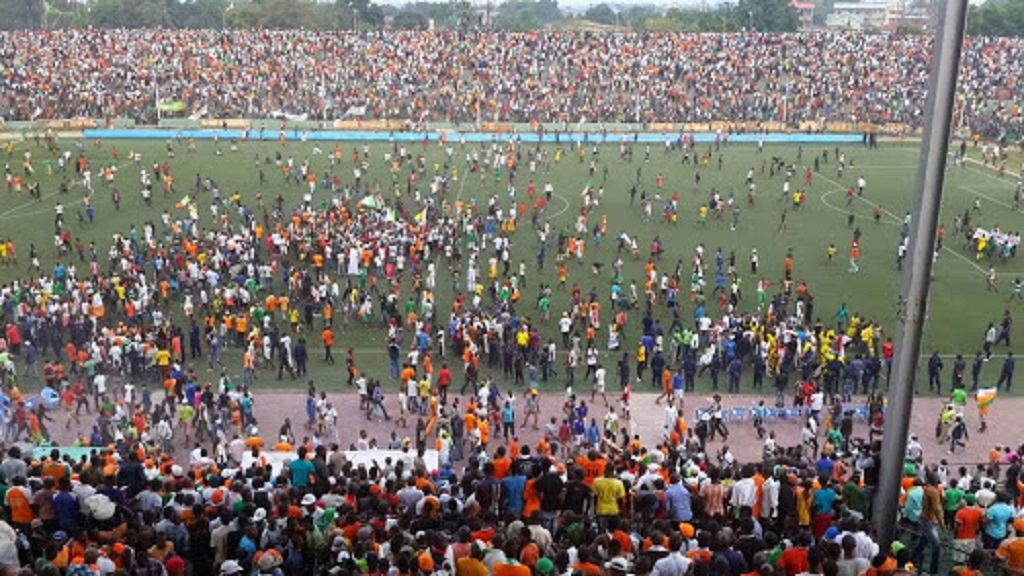 FC Renaissance, a premier league club in the Democratic Republic of Congo has been relegated to the second division as part of sanctions following violence by its supporters, Africa news reports.

The decision was taken by the Congolese Football League (Linafoot) after it met on Monday following the violence on Saturday.

FC Renaissance was found guilty of the Saturday incident during a championship match between the team and Vita Club at the Martyrs stadium in Kinshasa.

The club lost to Vita Club, sparking an attack by their supporters who “threw projectiles while their management invaded the pitch.”

They were also fined $20,000 and tasked to pay for all damages at the stadium.

Prior to the sanction, FC Renaissance which has a history of fan violence placed fourth in the top 8 of the final leg of the championship.