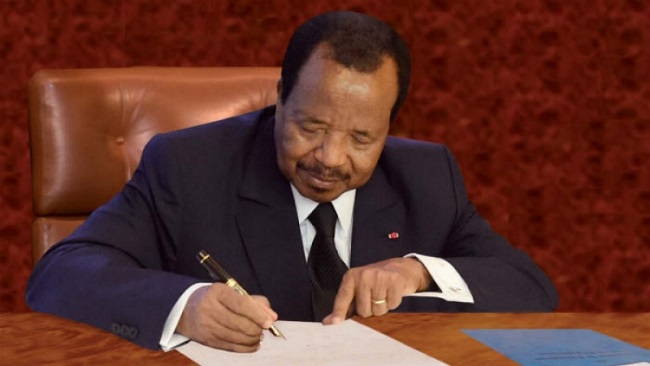 A series of presidential decrees made public on June 27, 2017, has appointed senior officials into various posts of responsibilities in some higher institution of learning in Cameroon.

Ngoma Horace who before the new appointment acted as Secretary General at the Ministry of Higher Education replaces Dr. Nalava Lyonga who goes on retirement.

Still in the University of Buea, Ako Edward Oben has been appointed as Pro-Chancellor, replacing Professor Maurice Tchuente.  Other appointees according to the decree include: 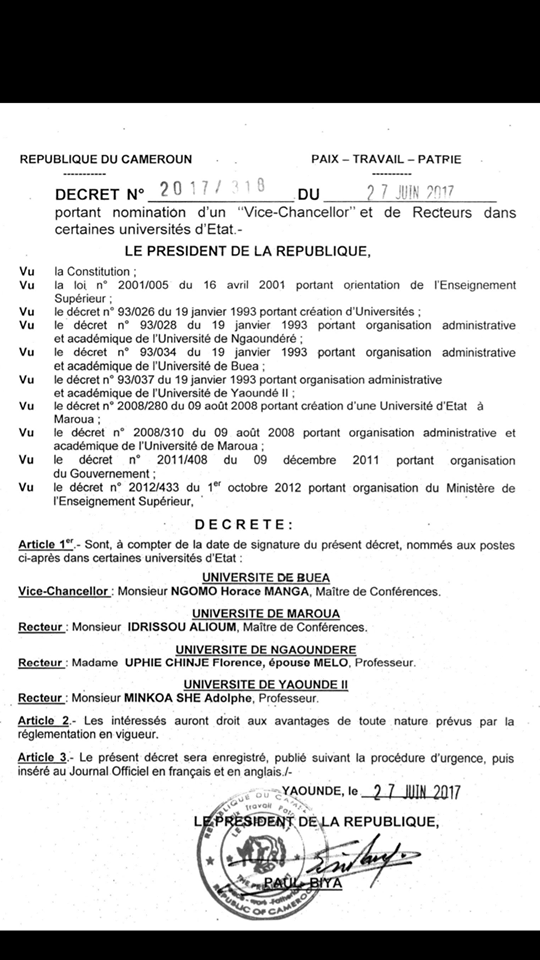 For other appointments according to another presidential decree number 2017/320 of 27 June 2017, check the list below. 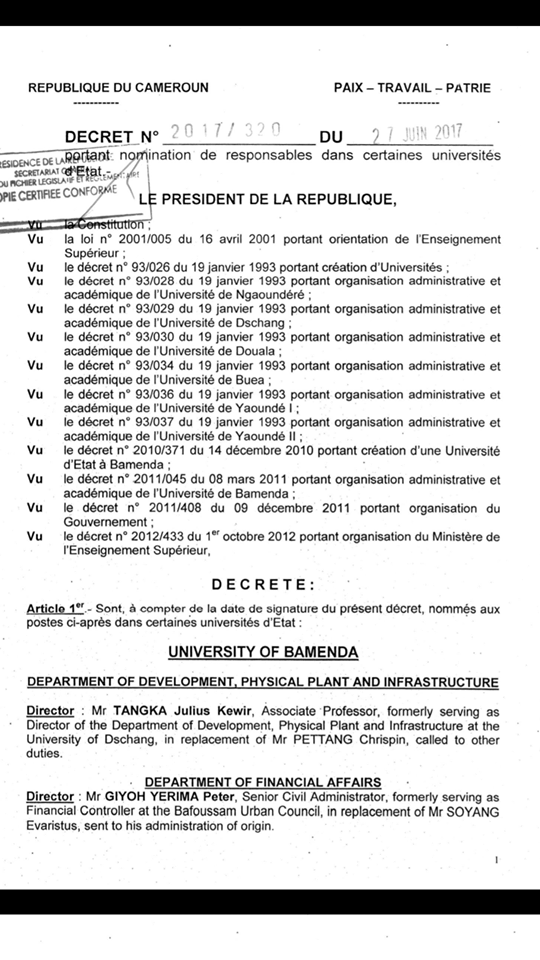 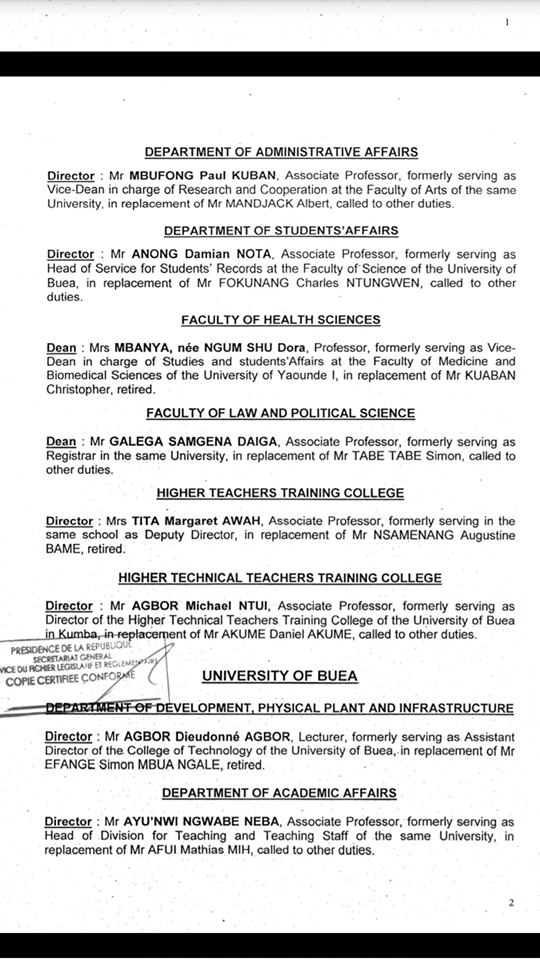 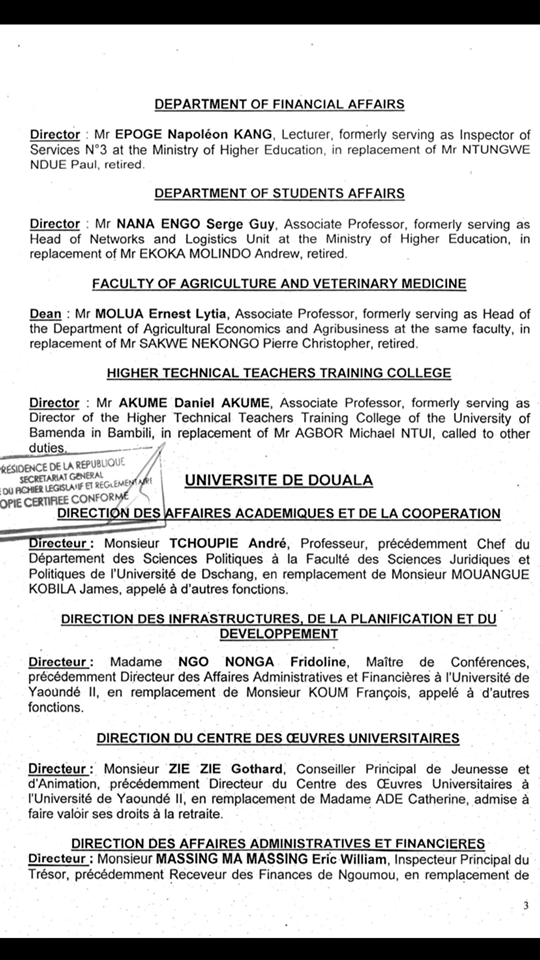 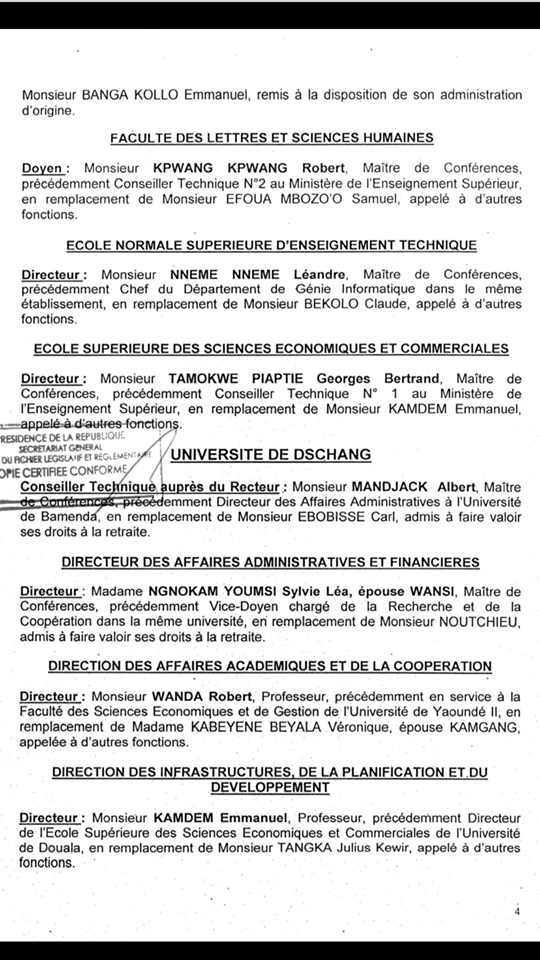 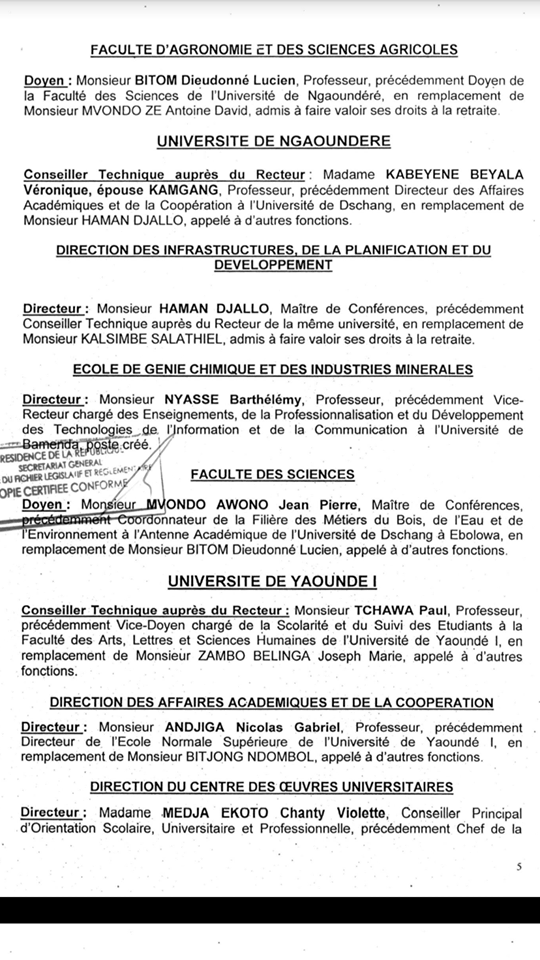 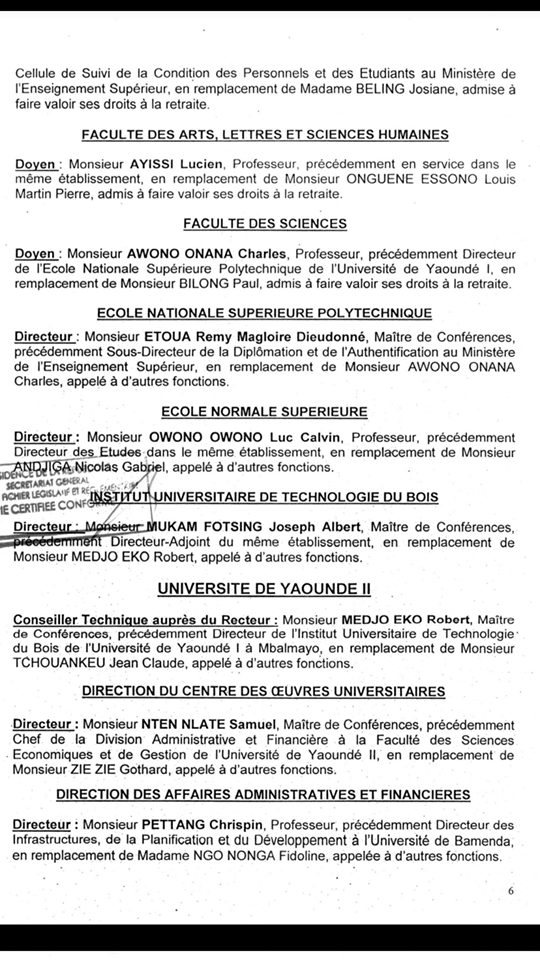 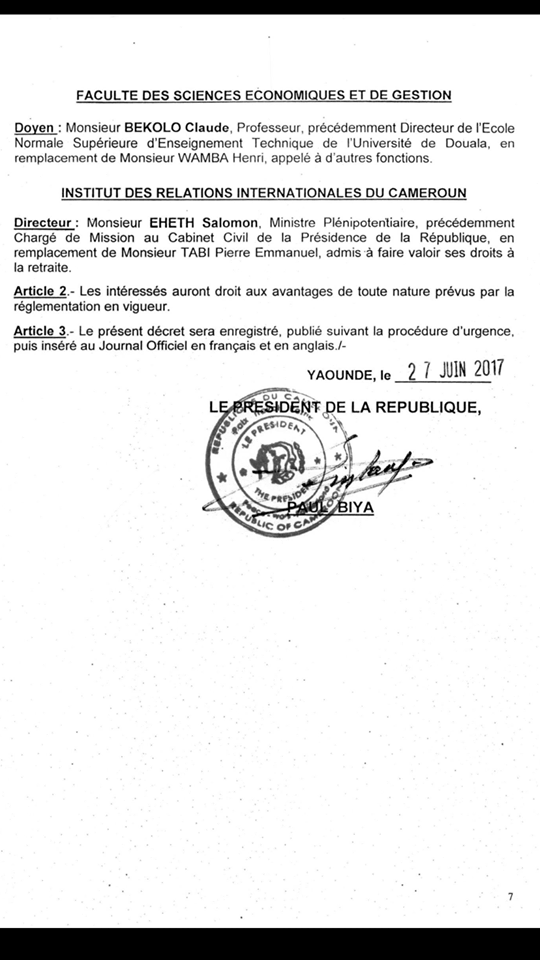