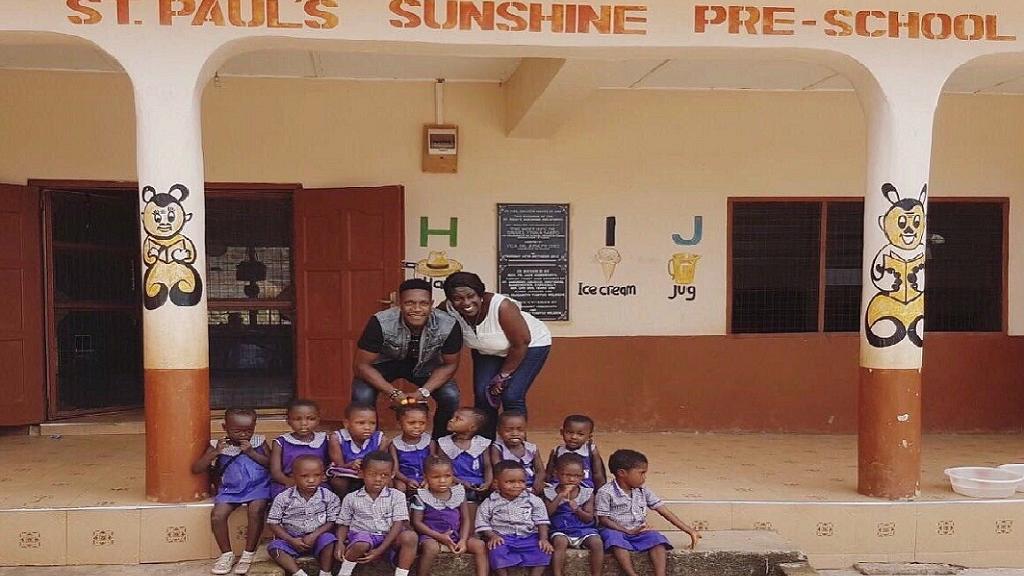 Arsenal and England forward, Danny Welbeck is in Ghana on vacation following the end of the football season in which his side lifted the English FA Cup despite failing to qualify for the Champions League for the first time in two decades.

The 26-year-old former Manchester United player visited his family in the town of Nkawie located in the Ashanti region of the country.

A local journalist shared photos of Welbeck who was wearing a black T-shirt over blue jeans with some guys believed to be his relations at the family house.

Arsenal’s Danny Welbeck is home in Ghana with his family. First visit in years. Currently at Nkawie family house in the Ashanti Region pic.twitter.com/UpcahcIckY

The player on his Twitter handle confirmed that his mother with the support of a church in Manchester had helped build a school in the village. He shared a picture of his mom standing behind some school children at the said school with the caption;

Welbeck was born to Ghanaian parents in 1990 but he opted to play for the English national side and went on to represent the Three Lions at the 2012 European championships and the 2014 FIFA World Cup.

He started his club career with Manchester United and only switched to London to join Arsenal in 2014.