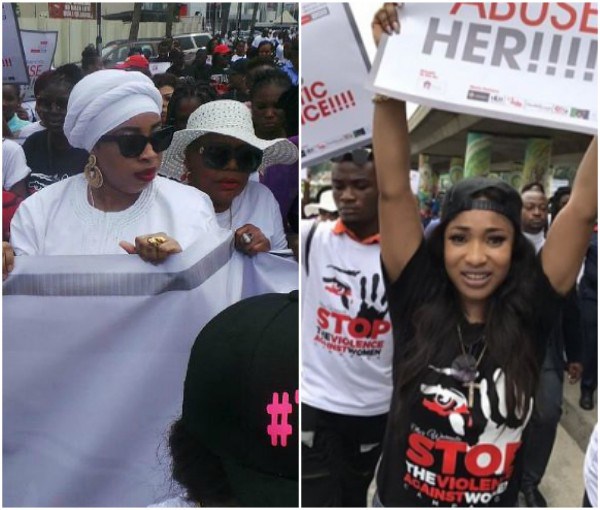 Nigerian celebrities who were recently victims of domestic violence stepped out in the streets of lagos today june 30th to lead a protest against domestic violence. Among them were Mercy Aigbe, Tonto Dikeh and Queen Wuraola. The trio were the leaders of the campaign as they took the front row to lead the protest. 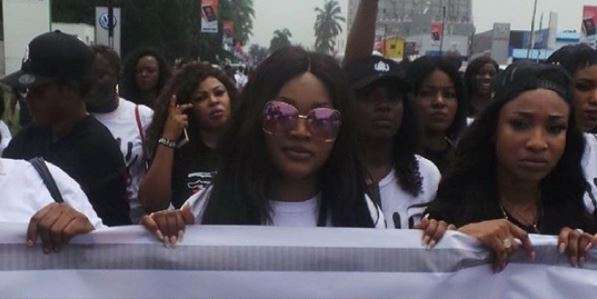 The trio and other women kicked off their walk at 10 am under the Falomo bridge in Lagos where they held banners & notices, also wore T-shirts condemning domestic violence.

Join us in the #1in3Africa campaign, a campaign against violence!  We are walking the streets of lagos to show our displeasure at this menace that is eating deep into our system……. Join us tomorrow by 10am, Start off point is Falomo Bridge by Awolowo Road……

Conflicts should be settled amicably and not through violence, only weak men hit women.”

Rapper, Kendrick Lamar and his fiancee are expecting their first child