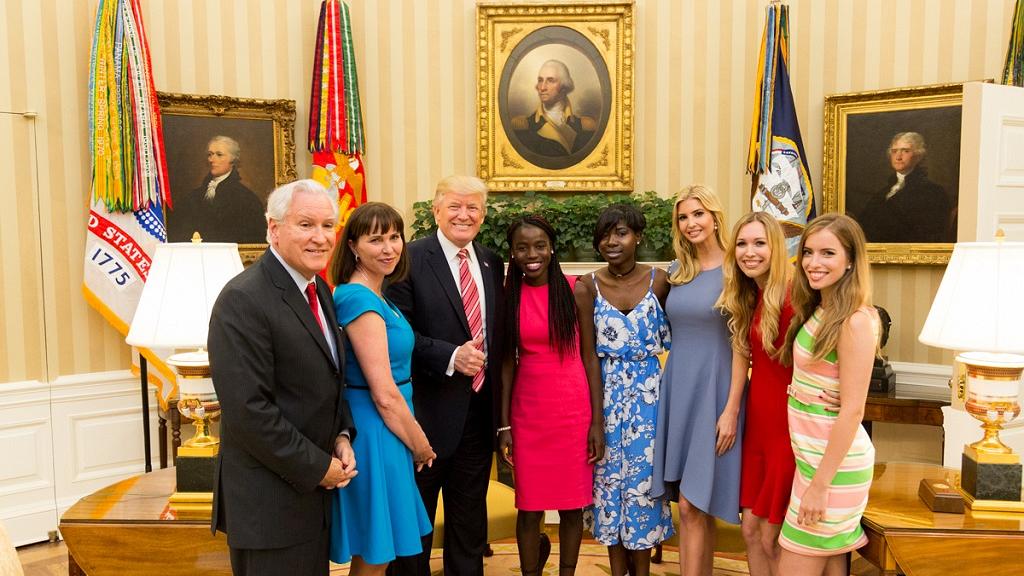 The two girls Joy Bishara and Lydia Pogu, were part of the over 200 who were abducted by insurgent group Boko Haram in April 2014.

They were also among the over 50 that managed to escape in the early days of the abduction.

A photo confirming the meeting between Trump and the two girls was chosen as the “White House Photo of the Day” for Wednesday June 28, 2017. The details of their meeting with Trump and Ivanka remains unknown.

However, Local media portal, The Cable, reported that Joy and Lydia graduated from Canyonville Christian Academy in Oregon in February this year and are trying to raise funds to further their education.

They are being supported by Jubilee Campaign, a human rights group in Virginia.