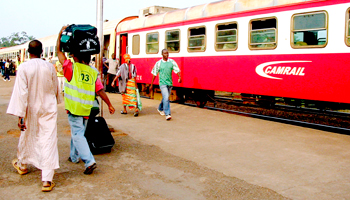 As reported by Josiane Kouagheu for Reuters:

One person was killed in Cameroon when a freight train operated by state rail company Camrail derailed, less than one year after another Camrail train crash killed over 79, an official said on Thursday.

Nine cars left the tracks on Wednesday near the town of Makondo, about 140 km (87 miles) west of the capital Yaounde, said an official at Camrail, who asked to remain anonymous because he was not authorized to speak about the crash.

One guard on the train died from injuries, he said. He did not say how many people had been on board.

Camrail, a unit of French industrial group Bollore, was determined to be “mainly to blame” for the derailment of a passenger train last October that was going more than twice the speed limit, was overloaded and had defective brakes, according to a government report.

The government said at the time that President Paul Biya would review the concession agreement signed between the state of Cameroon and Camrail.

A Bollore spokesman in Paris declined to comment on the latest crash.