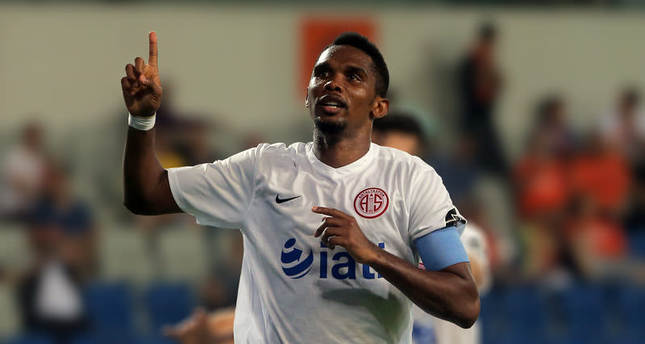 Eto’o 36, has shown no signs of slowing down as he notched 18 goals in 30 appearances for Antalyaspor in the previous campaign.

The Yellow Canaries Fenerbahce, are looking to bolster their striking department and reports suggests that the Cameroon forward is on the agenda.

Sources say the side has already made contact with Eto’o and he is expected to travel to Istanbul soon to conclude a move to Ulker Stadium.

Eto’o joined Akrepler from Sampdoria in 2015 and has scored 38 goals in 61 appearances.

Should the former Barcelona and Chelsea forward seal the move, he will reunite with his former Indomitable Lions teammate Carlos Kameni who recently arrived from Malaga.

Ligue 1 side Marseille have also been linked with the forward.