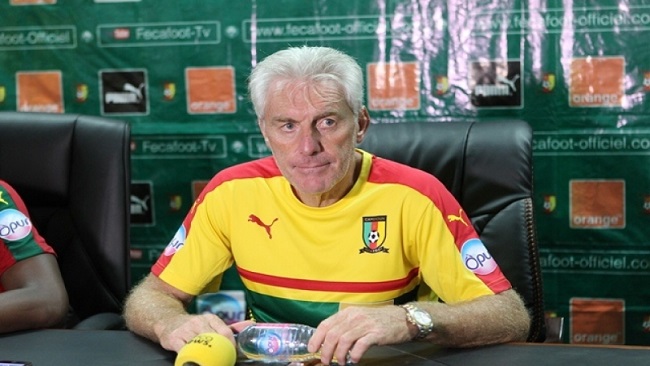 Zamalek contacted the 2017 Africa Cup of Nations champion as they continue their quest for a new manager who will guide the club into the new season, after the departure of Augusto Inacio following long scuffle with the board.

According to reports, Zamalek wanted to replace Inacio with Hugo Broos, and the club’s delegates contacted the Cameroon head coach & his representative to negotiate the managerial vacancy at the club.

Mr Broos 65, was indeed interested in the job but at the end of the day both parties could not reach an agreement over his salary.

The four-time Belgian manager of the year has therefore decided to remain with the Indomitable Lions as they prepare to host the newly-expanded 2019 Africa Cup of Nations.