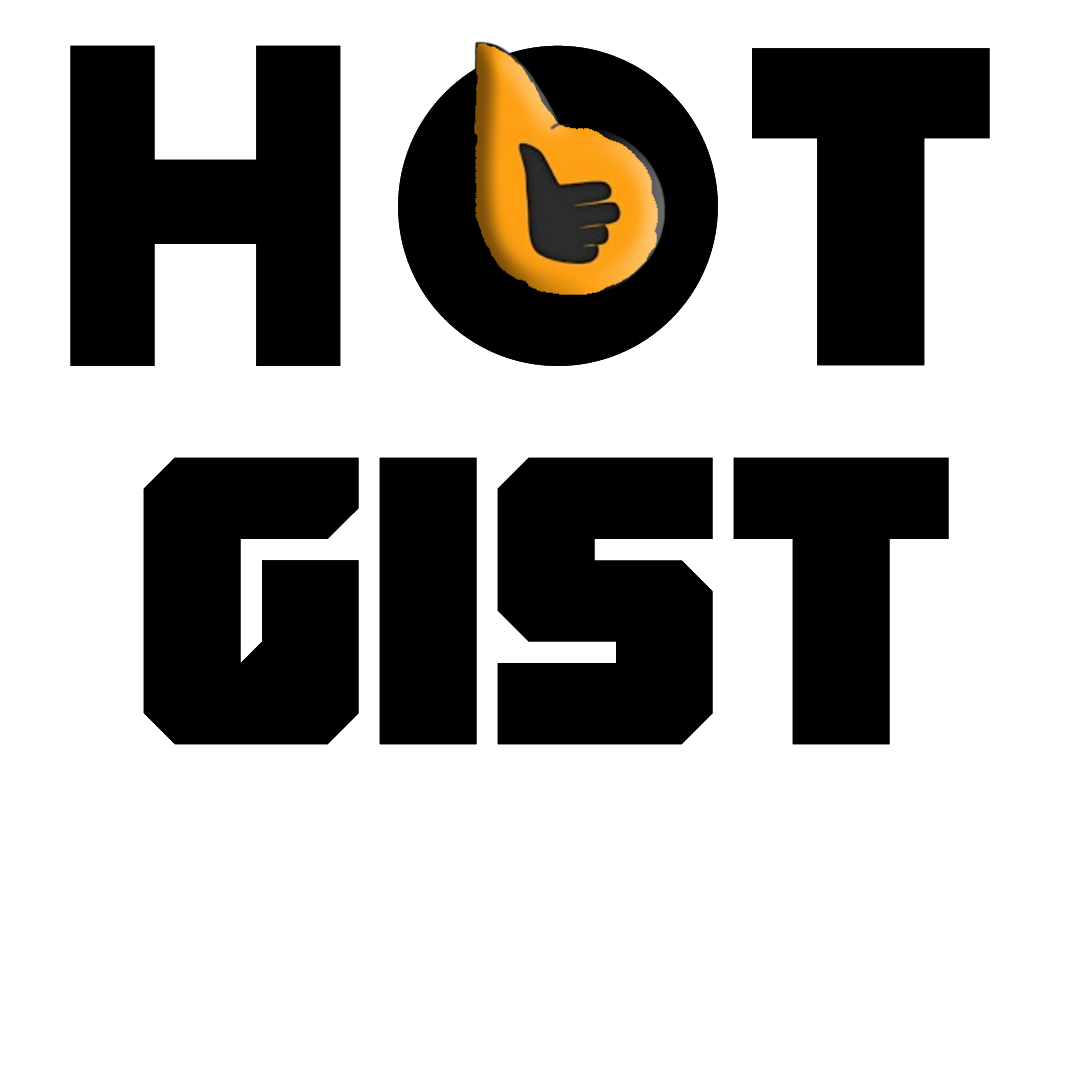 Local Newspaper, La Tribune De L’Est, published an article on the24th of July that revealed huge figures that they claimed are monthly salaries of Director Generals of State owned companies. See except of the article below: 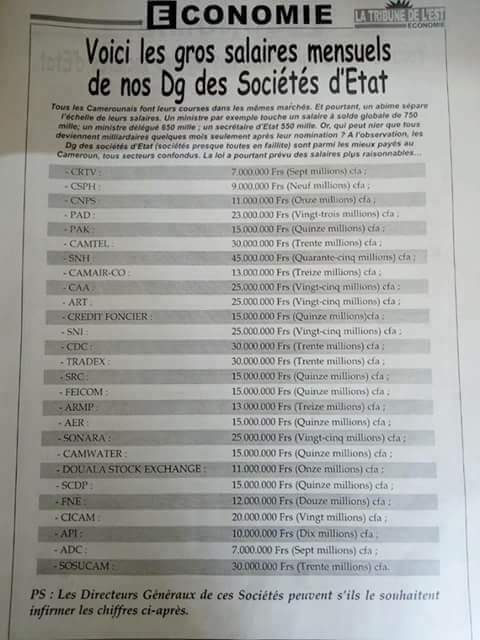 The article went viral and several of the companies mentioned have released statements nullifying the figures saying they are false. See statement from CNPS calling on Le Tribune De L’est to publish an article to counteract their previous article because they claim the figures published as monthly salary of the Director General of CNPS as well as others is false. 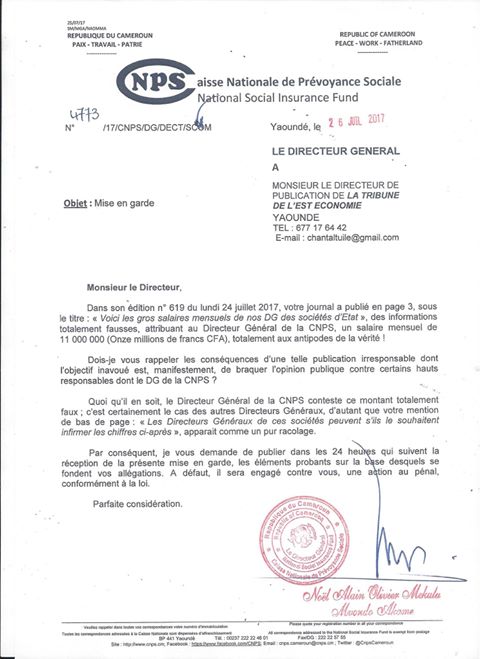 Today, the said Newspaper, Le Tribune De L’est, has published an article revealing a threat message they received from a man claiming to the nephew of President Paul Biya, saying that he would lock up the editor-in-chief of the Newspaper, and have his friends at the National Communication Council terminate the Newspaper, just like others have been terminated for disturbing them. See headline below: 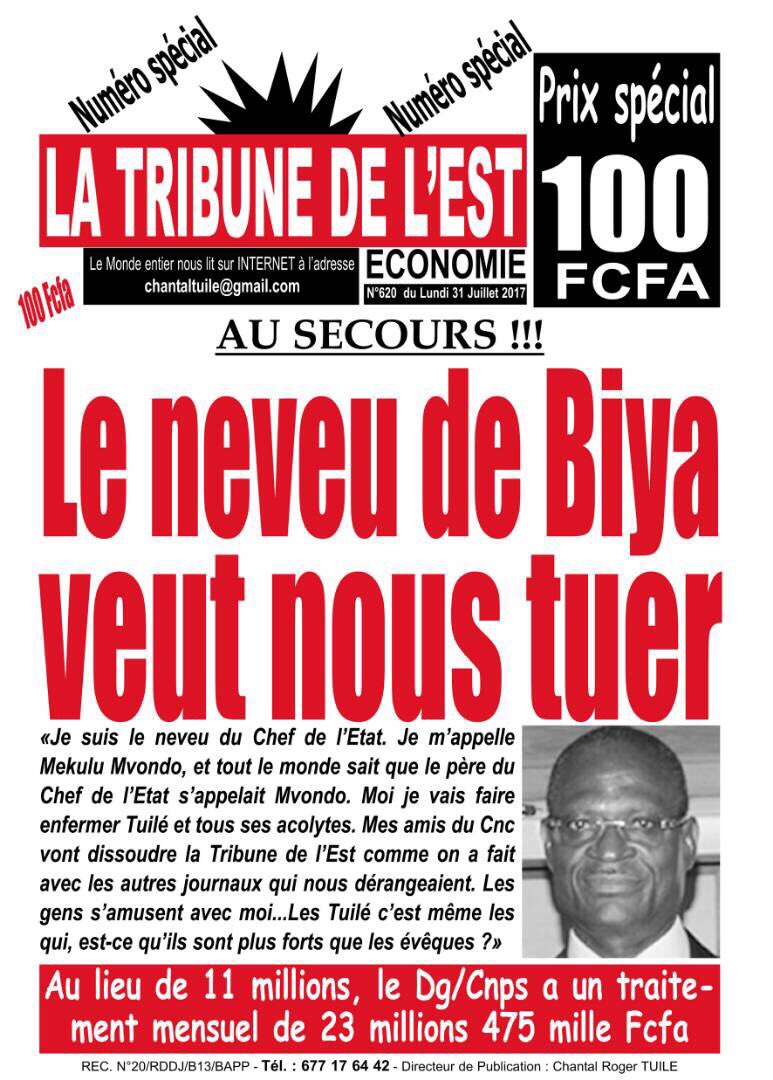