Issa Tchiroma calls statement made by CPJ on press in Cameroon, “rubbish”

Home » Issa Tchiroma calls statement made by CPJ on press in Cameroon, “rubbish” 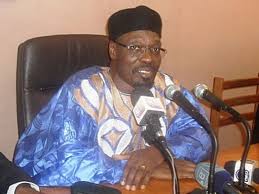 As reported by Al Jazeera news:
According to a report released on Wednesday, the Committee to Protect Journalists (CPJ) said the anti-terror law in Cameroon was being used by the government to silence media workers who report on Boko Haram, or on civil unrest in Cameroon’s English-speaking regions.
The report said that the crackdown on the press has left journalists too scared to cover politics.
With elections due to take place next year in Cameroon, journalists are steering away from sensitive issues in fear of reprisals, the CPJ said.
“Cameroon is clearly using anti-state legislation to silence criticism in the press,” said Angela Quintal, CPJ Africa Program Director and author of the report.
“When you equate journalism with terrorism, you create an environment where fewer journalists are willing to report on hard news for fear of reprisal,” Quintal added.
“Cameroon must amend its laws and stop subjecting journalists – who are civilians – to military trial.”
Cameroon’s minister of communication; Issa Tchiroma Bakary, responded to the statement by CPJ, calling it rubbish! He said it is false, condescending, and defamation of the country’s image. Watch video below to listen to his response: