See conditions under which police agreed to release corpse of a protestant who was shot!

Home » See conditions under which police agreed to release corpse of a protestant who was shot! 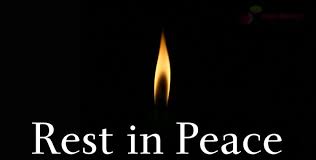 The corpse of a male protestant; Atanga, who was shot during the protests on October 1st in Tiko, South West region of Cameroon, which was retained by the police has now been released to the family of the deceased, by the police under the following conditions:
1) The corpse will not be laid at home.. The hearse transporting the corpse will end infront of his home, it will not be taken inside his home
2) The coffin will not be opened
3) Military men will be present during the funeral service and wake keeping in Tiko
4) Military men will travel with the corpse to the village for the burial to ensure that the coffin is not opened.
Atanga was shot during the protest in the South West region. He leaves behind a fiancée and an 8 months child. October 10th was his birthday and he had to get married in December.
Source: Equinoxe Journalist; Prince Nfor Hanson Nchanji