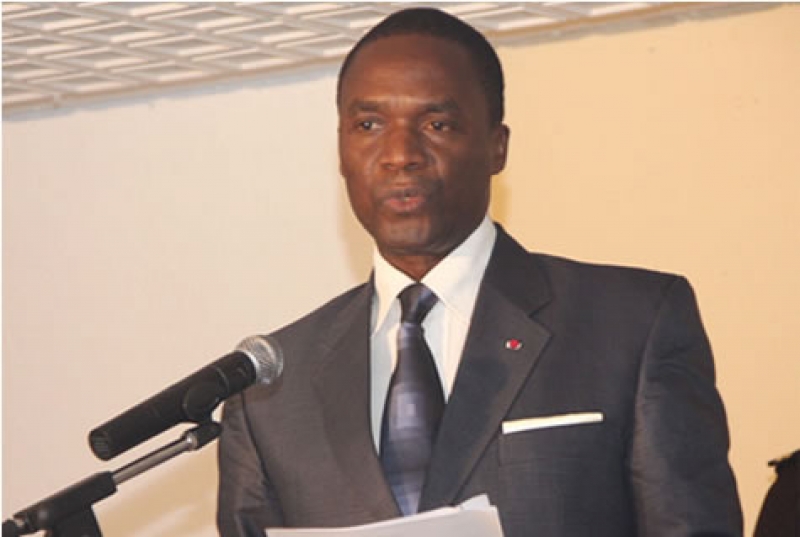 Minister of defense; Joseph Beti Assomo on Thursday, October 12, 2017, at the evaluation meeting of the Anglophone crisis, made a statement saying that the state will ensure its territorial integrity.
Read the translated version of his full statement below, as was broadcasted on CRTV on Sunday, October 15, 2017:


“We came, myself and the high commander of our armies and the gendarmerie, to evaluate the security situation of the two regions; Northwest and the Southwest. The Head of State, Head of the Armed Forces, has, as you know, engaged in a dialogue on what was originally seen as the demands of lawyers and teachers. And now that the masks have fallen, we have identified terrorists determined to divide the state of Cameroon, creating what I will not name here. We have to do insurrectional movement which presents itself as such. The State will ensure its territorial integrity. The defense and security forces are assured of the support of the population. Some elements were injured. The government is on their side. We do not interfere with the political conduct of these issues.


The Head of State knows what to do. I invite military leaders to be close to the population to boost their morale. Let them be well supervised. Military forces that do their job properly in accordance with standards as a public force have suffered what they have suffered as attacks. We asked them for a precise statement of the damage to public buildings, the rolling stock of the forces and the administrative authorities. Some public buildings have been set on fire. Who will rebuild them?


I would like to point out that in addition to the material damage, investigations were opened by the judicial authorities on the record of these events, because we read anything on some media. Especially the electronic media. They accused Cameroon and the police forces of behavior that is not in their habits. We have absolutely nothing to hide. Things will happen according to our regulations.


We do not intervene in the functioning of the Justice system, they are doing their work. This will enable us to give clear and explicit assessments to the events. Even though we are somewhat saddened that nobody is talking about those police men on duty who are in hospitals because they have received buckshots. I am not a lecturer, I am a member of the government, a collaborator of the Head of State, called upon to implement the measures that must be taken to restore full safety “.