Nelly’s Accuser Drops Rape Charges, Says She is Not Safe 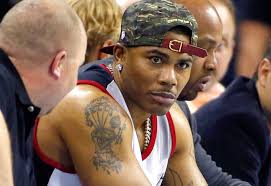 Hip hop singer Nelly who was recently involved in a rape case has been freed off charges as his accuser, a 21 year old college student whose identity has been withheld has decided to drop charges against him. In a written letter issued to the police, the young girl said she stands no chance in winning against a celebrity and she equally fears for her life especially as the singer denied claims of rape and promised to pursue his accuser in Justice.

In the letter she wrote;

“We do not live in a society where a 21-year-old college student can feel safe enough to pursue criminal charges against a celebrity for an alleged rape,”

She went further to say reporters have been calling her client asking her to issue statements concerning the matter. Her question was how did the press get her number after the police promised to keep her identity secret. She also said her client has decided to drop the charges because Nelly and his lawyer are already denying the claims saying all she wants is   publicity and money.