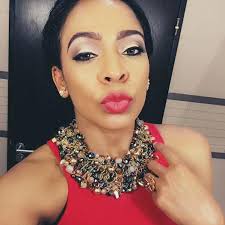 Controversial reality star Tboss expresses her greatest regrets which was deciding to participate in the reality show Big Brother Naija. The beauty said the amount of hatred, criticisms and bad mouthing she has received from the public has caused a lot of instability in her life. According to her, all this would not have happened if she hadn’t participated in the show.

If we could quite remember, she was a victim of a sexual assault from her housemate Kemen who was evicted because of it. While some felt sorry for her, many said she was to be blamed because she gave Kemen the green light. Sharing a picture of her sitting in a private jet; the reality star wrote :

“I was banned from reading comments, blogs & articles but late at night whilst everyone slept, I would read. Read, read & cry & cry & ask myself WHY did I ever go into d BBN house,” the reality TV star said today on her page, adding, “I regretted it. All of it, cos truth be told, I didn’t get why the hate??? I still don’t but now it doesn’t even matter.“I never cheated, I never lied, never bad mouthed nobody, Never gossiped, conspired, threatened nobody, presented any sort of risk to nobody.“Yes I kissed a younger guy-  I was single so I wasn’t cheating on nobody,” she continued in the post. “I never kissed anyone else outside d truth or dare games. I laughed, cried- ohh I cried but mostly when I was angry or when I beat myself up, I screamed, I never spoke down on nobody. I was Me…And yet..But like I said, it doesn’t even matter. I have accepted my new shoes.”

She concluded by saying that she as accepted her shoes, unlike other of her counterpart who stay away after such happenings, she still stands firm in the spotlight.