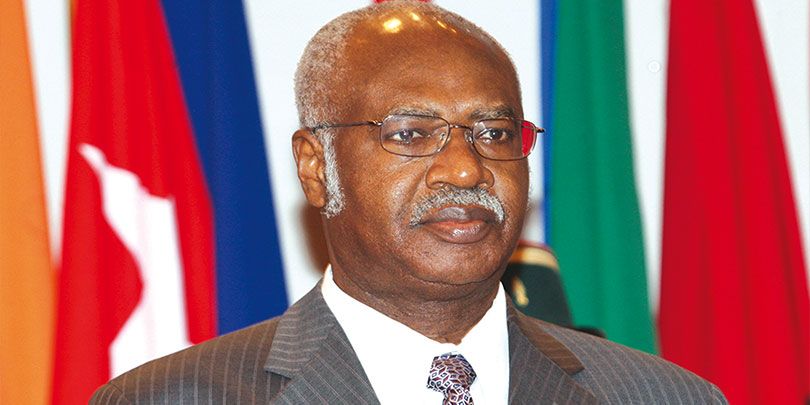 As reported by Elvis Teke for CRTV:
The Prime Minister, Philemon Yang is leading the delegation to the North West region. This Monday he met the political and administrative elites as well as traders in Bamenda and discussed measures put in place to ensure peace, and a return to normalcy in North West and South West Regions.
Prime Minister Philemon Yang is expected to meet with the Government Delegate to the Bamenda City Council, Mayors, Members of Parliament and Senators in the region to get ideas on how constructive dialoque can be carried out with the population.
In the South West region, the Chairman of the National Commission for the Promotion of Bilingualism and Multiculturalism, former Prime Minister Peter Mafany Musonge is leading the delegations. He began the series of  meetings at the Governor’s office in Buea.
The delegations go to the regions after the Minister at the Presidency in charge of Defence, Joseph Beti Assomo, on the instruction of the Head of State, chaired a meeting in Buea.
He had discussions with top administrative and  Security Officials in the two regions to seize-up the dispositions put in place during the upheavals of 1st October 2017.
Government’s resolve to engage in constructive dialogue has been prompted by calls for secession and attempts to symbolically declare the independence of the two english speaking regions on 1st October.
A press release signed by the Director of Cabinet of the Prime Minister’s office states that the delegations will meet the population from 15th October through 24th October 2017.
The delegation is expected to dialogue with representatives of political, religious, civil society and traditional authorities of each subdivision.
Their key message is that of peace,  while underscoring the need for children to go back to classrooms and the population to desist from civil disobedience.
List of some of the elites carrying out the dialogue on behalf of the government: 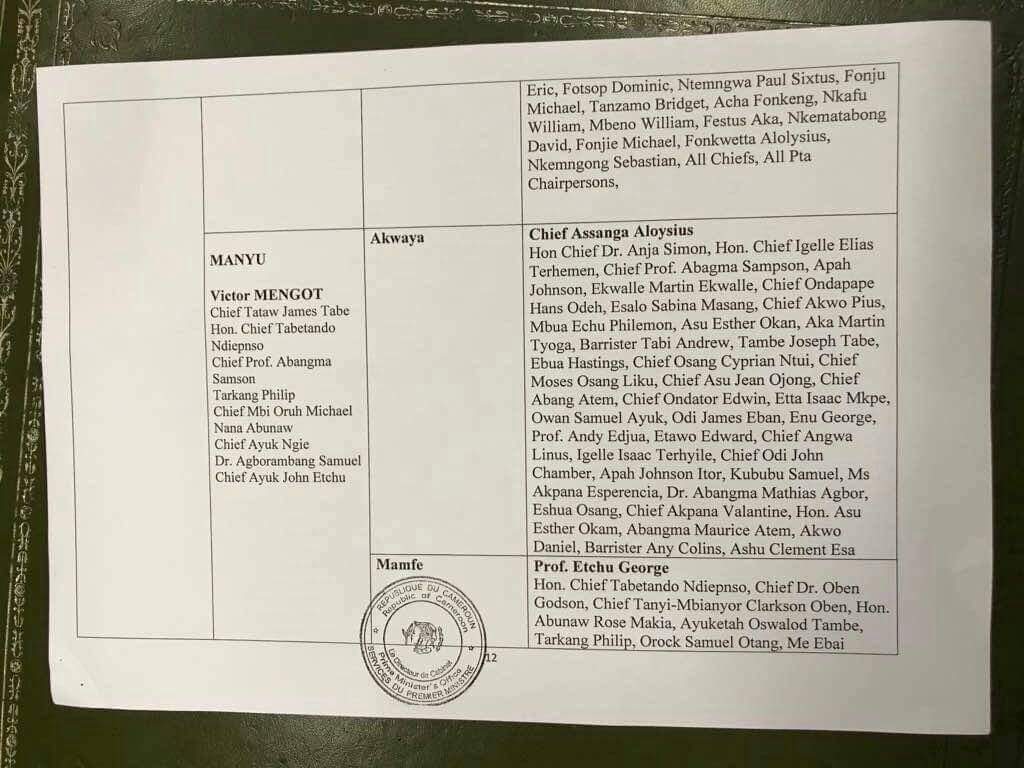 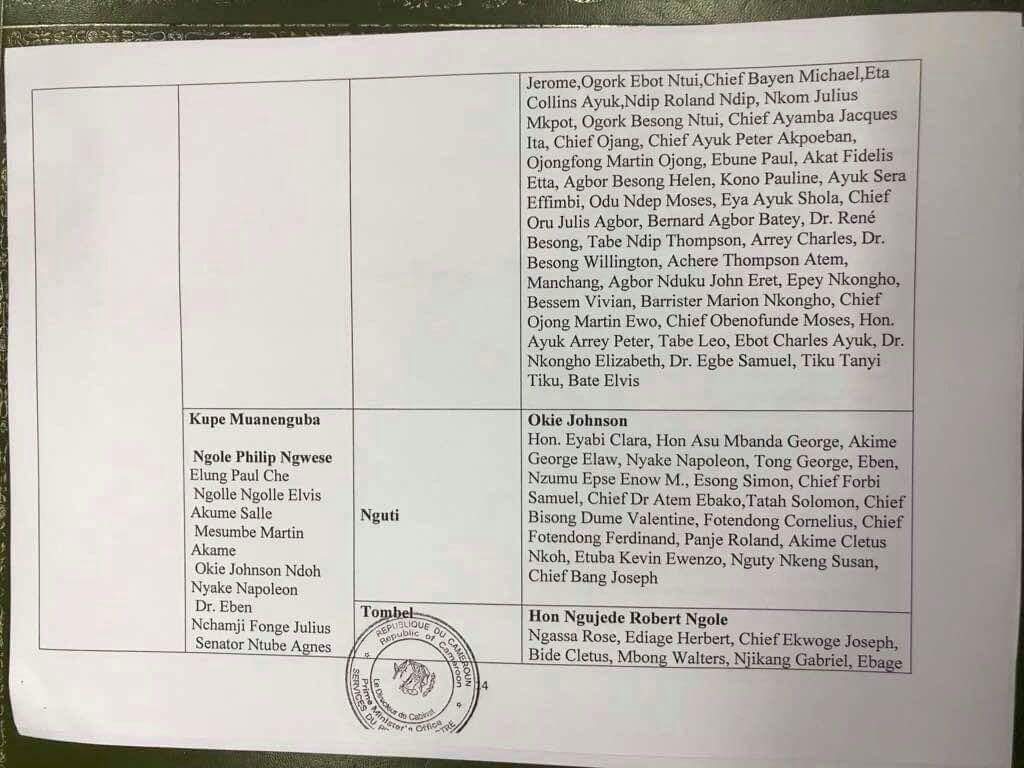 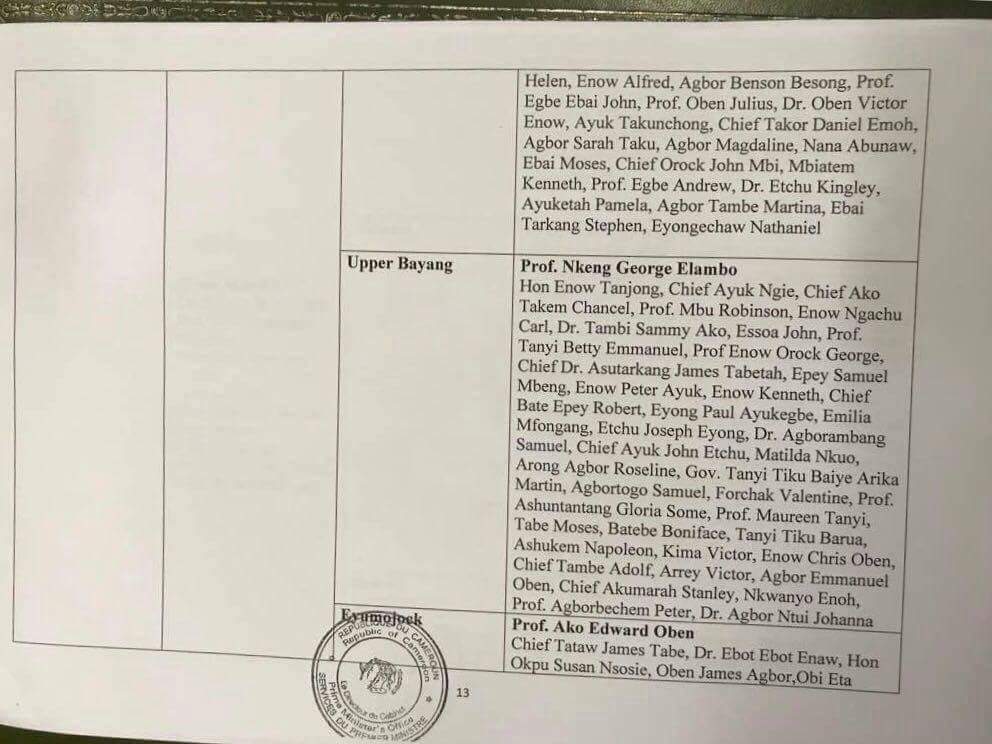