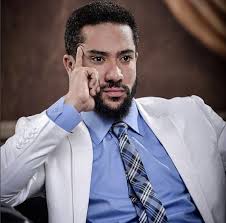 The recent transformation of Ghanaian actor Majid Michel to an  evangelist has made him to begin renouncing so many “Devilious” things he has been doing. Majid was best known for taking up roles in films that involved so many sex scenes and nudity.  During his last interview, he talked about how he used to enjoy self servicing and went further to educate youths on how bad it is and how it can greatly  affect one’s spiritual life.

In a radio interview with  Bryte FM the actor now turned evangelist said  he decided to quit displaying excessive affection in his movies because of his commitment to propagating the word of God. He went further to say such roles in movies will distort his mission about God.

The married father of two said he now has just two priorities, preaching God’s work and taking care of his family. Not that he is giving up on acting but that the movies he will now be acting will be strictly sex and nudity free.