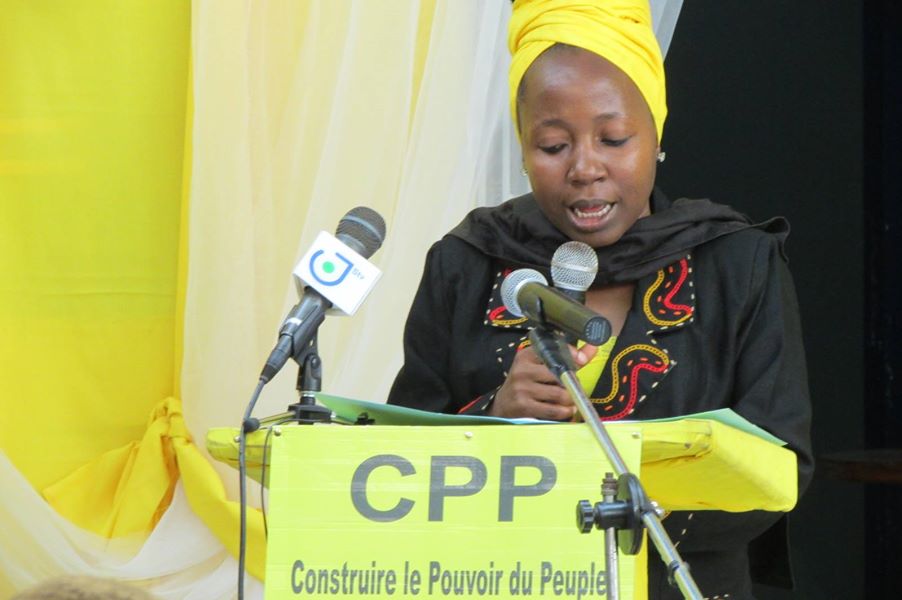 The Cameroon People’s Party (CPP) has announced it will take part in a Grand Meeting and Solidarity Walk” for the solidarity of the Anglophone population organized by the Social Democratic Front (SDF) party. The Solidarity walk will be held in Douala on Saturday 21 October 2017, at 1 pm in Omnisport Bependa.

According to a release made public by the Cameroon People’s Party (CPP) of Edith Kahbang Walla, the party’s support to join the Grand Meeting and Solidarity Walk of the SDF party is to ensure the respect of the constitutional rights and fundamental freedoms of Cameroon’s citizens, political parties and civil society.

The release also stated that it is time for Cameroonians to exercise their right to public speech and non-violent public demonstration.

Support for citizen’s march for the Solidarity of Anglophone populations

The Cameroon People’s Party (CPP) has announced its support for the “Grand Meeting and Solidarity Walk” organized by the Social Democratic Front in Douala on Saturday at 1 pm at Omnisport Bependa.

The objectives of this initiative are in line with those of the CPP, in particular with regards to:

• The building of national unity in the respect of diversity, as stipulated in our political program, Le Cameroun Leader. “It is time to dare to build a future where we draw the best from our painful colonial history, respecting the equality between the two parts of Cameroon that have chosen to create this united nation, recognizing that the procedure of “unification has so far experienced many errors, thus causing certain prejudices, by defining together the lines of reflection and the strategy that will allow us to build a solid unity, making this accident of history a competitive asset for our country culturally, economically and diplomatically”.

• Respect for the constitutional rights and fundamental freedoms of Cameroon’s citizens, political parties and civil society. It is time for each of us to make his voice heard. It is time to exercise our right to public speech and non-violent public demonstration. It is time to rise for a Cameroon that respects diversity, ensures the equality of rights of all and defends the rights of minorities.

Therefore, the Cameroon People’s Party invites all and all patriots, citizens, political parties, civil society organizations and religious organizations to join the SDF in this initiative. It is up to us to build this Cameroon, a state of law, for a better life together. Here and now, it’s time to act!