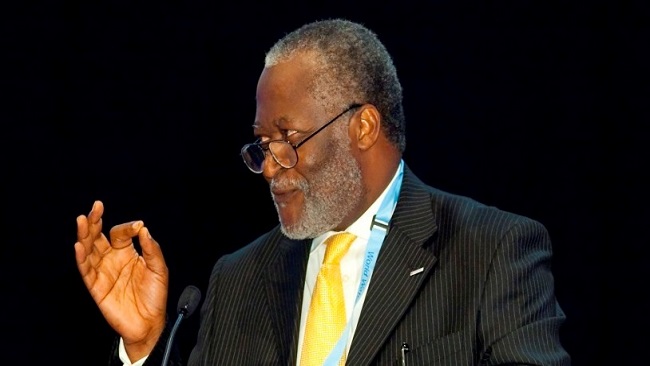 Barrister Akere Muna one of Cameroon’s most prolific legal minds who recently  announced his candidacy to run for president in the upcoming 2018 Presidential elections  has pledge to use his campaign to argue for a new republic based on a federal system.

He made this revelation during an exclusive interview with Radio France International (RFI).

“We [need] to have a systemic change. We have a system built on couacs [gaffes] under the different colonial rule, built on couacs put together to make sure there is only one leader all the time. The same. And then all sorts of laws arranged to favour the incumbent … to get re-elected.” He told RFI.

Akere Muna has been the target of much criticism, mainly from Anglophone Cameroonians since Sunday 8 October 2017, when he officially made public his intention to run for president.

His critics see him as part of the establishment, who can only be a continuation of the regime of President Paul Biya.

However; Muna believes that he can draw on his vast experience on various local and international forums to shape his political vision. He is currently the chairman of the International Anti-Corruption Conference. Among other positions occupied, he was the head of the Cameroon Bar Association, vice-chairman of Transparency International and chairperson of the African Peer Review Mechanism.

“The government has failed woefully to efficiently manage diversity,” he told RFI. “The poor and the weakest are now bearing the brunt of the economic situation, the healthcare situation is very bad, investors are [concerned] by judicial uncertainty in Cameroon. We’ve built a country where the state has been captured by a few oligarchs. I think I can help with others to find a solution to all this.”

The barrister revealed earlier this month that his campaign will run under the banner of “The Now! Movement”, in which he promise to show more concern on issues affecting Women and the Youths.

The Presidential aspirant has urged that Cameroon must remain united by its diversity and not divided by it.

Listen to full interview with RFI below…