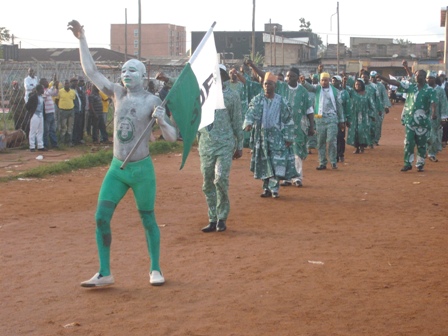 The Divisional officer (DO) of Douala 1 Tchakui Noundie Jean-Marie, has prohibited the holding of a solidarity March slated for Saturday 21 October 2017 in Omnisport Bependa, organised by the Social Democratic Front (SDF) party.

In a press release made public on Thursday 19 October, the DO stated that the march posed as a threat to public peace and order in his municipality.

The SDF solidarity march was suppose to be in support of the population of the Northwest and Southwest Regions following what has now been termed the Anglophone Crisis.

Few days ago, the Cameroon People’s Party (CPP) of Edith Kahbang Walla, issued a statement highlighting the party’s interest to join the SDF party in the Grand Meeting and Solidarity Walk, in order to ensure the respect of the constitutional rights and fundamental freedoms of Cameroon’s citizens, political parties and civil society.

Saturday’s march was suppose to be the first ever public rally to be approved by authorities to be carried out by the SDF party in Douala.

Authorisation to hold the rally in Douala was issued to the SDF Littoral Chairman Hon. Nintcheu on October 12 by the DO of Douala 1, who has now made a U-turn in his decision.

Read full press release from the D.O of Douala 1 below… 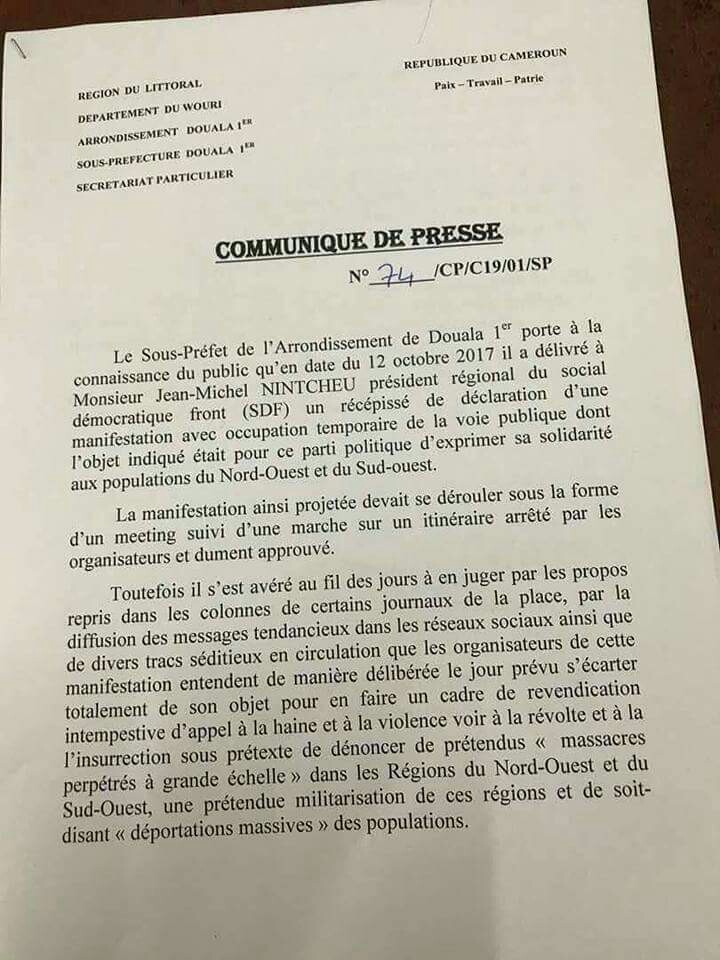 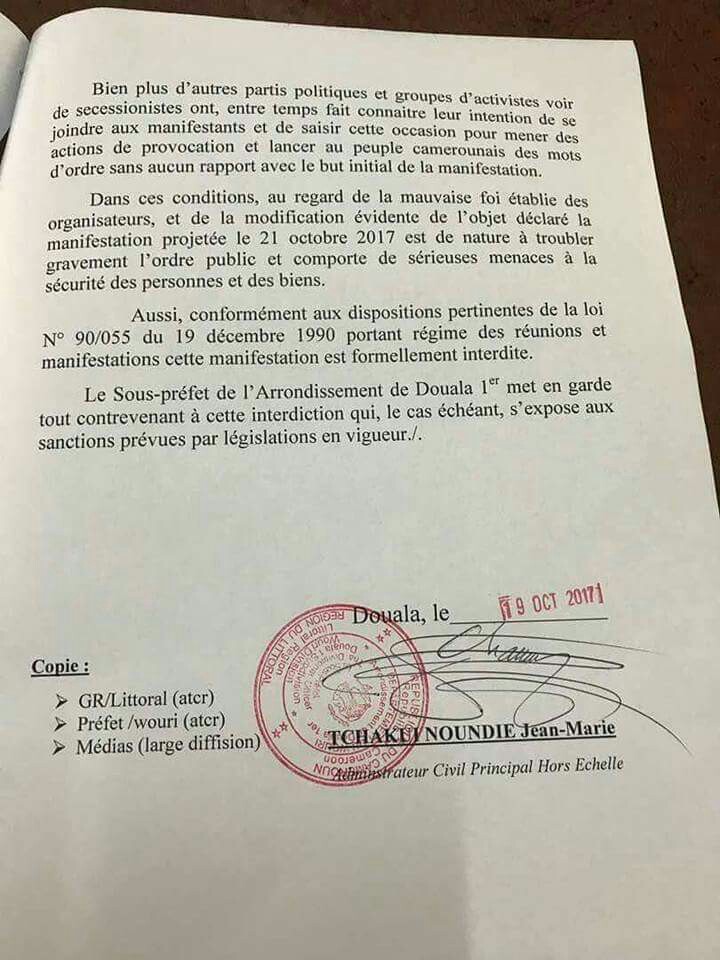