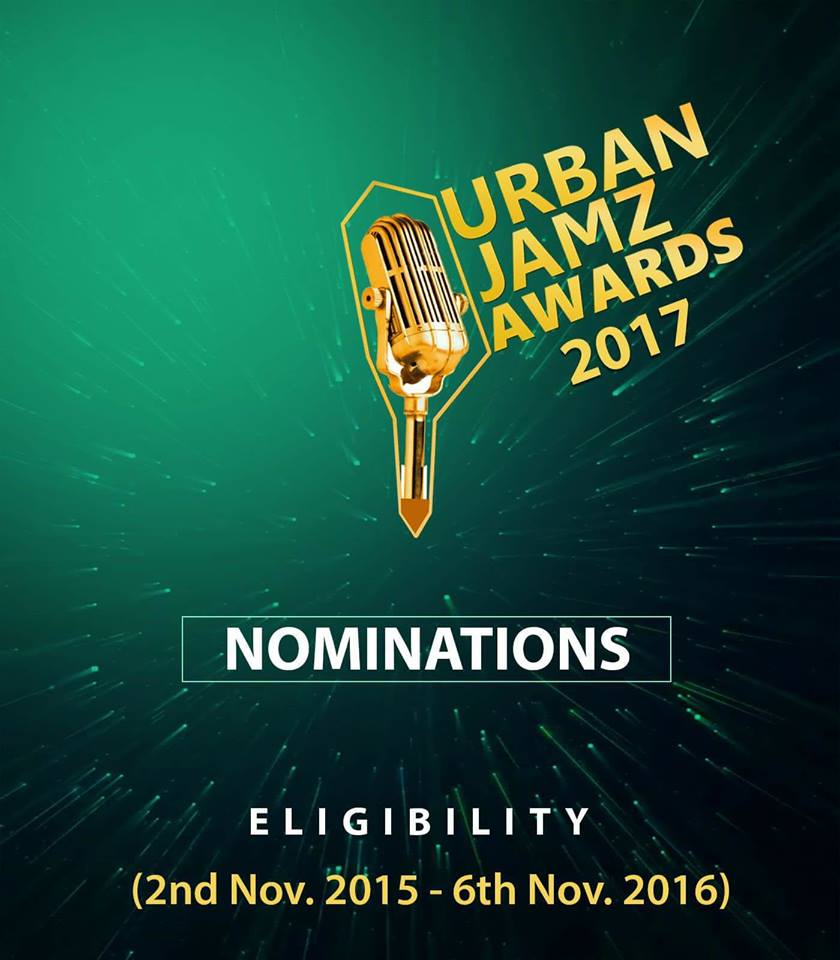 Nominees of the 2017 edition of the Urban Jamz Award have been unveiled. They include artistes who released music from the 2nd of November 2015 to the 6th of November 2016.

Artistes such as Mr Leo, Magasco, Locko, Maalox, and Reniss vie for artiste of the year, while Daphne, Askia, Reniss, and Ewube battle for best female artiste.

The Urban Jamz Awards which is in its second edition this year is a music Award Show organized to celebrate artistes and other stakeholders in the Cameroon Music Industry, with Valery Atia as brain behind the award show. 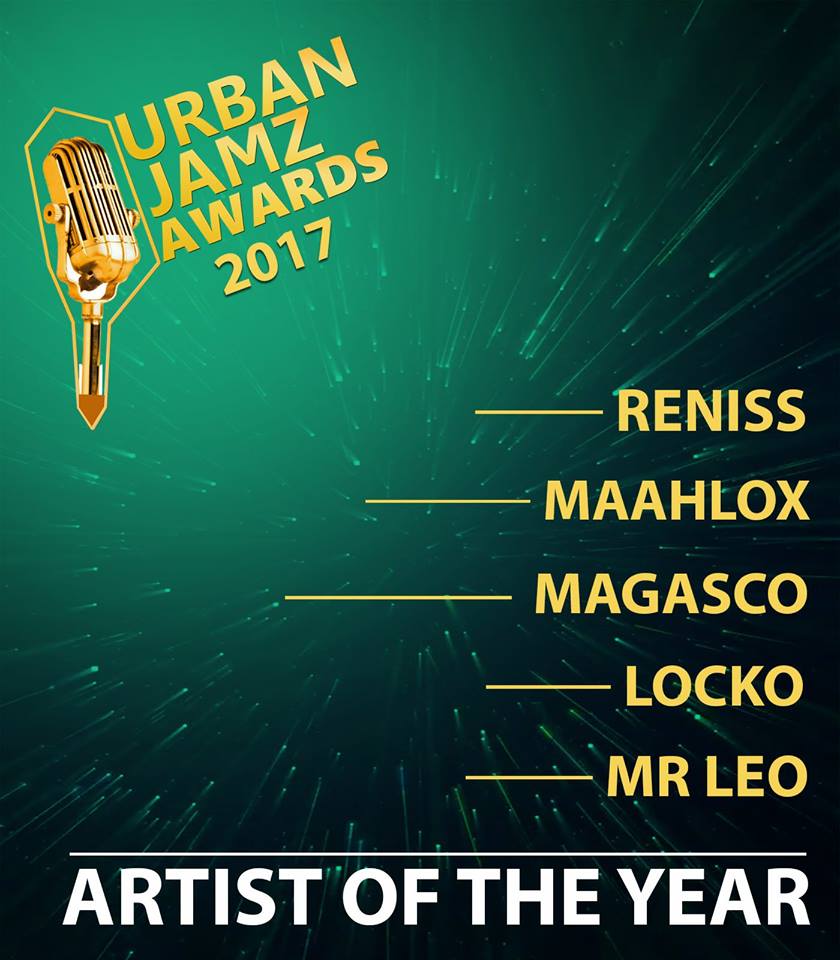 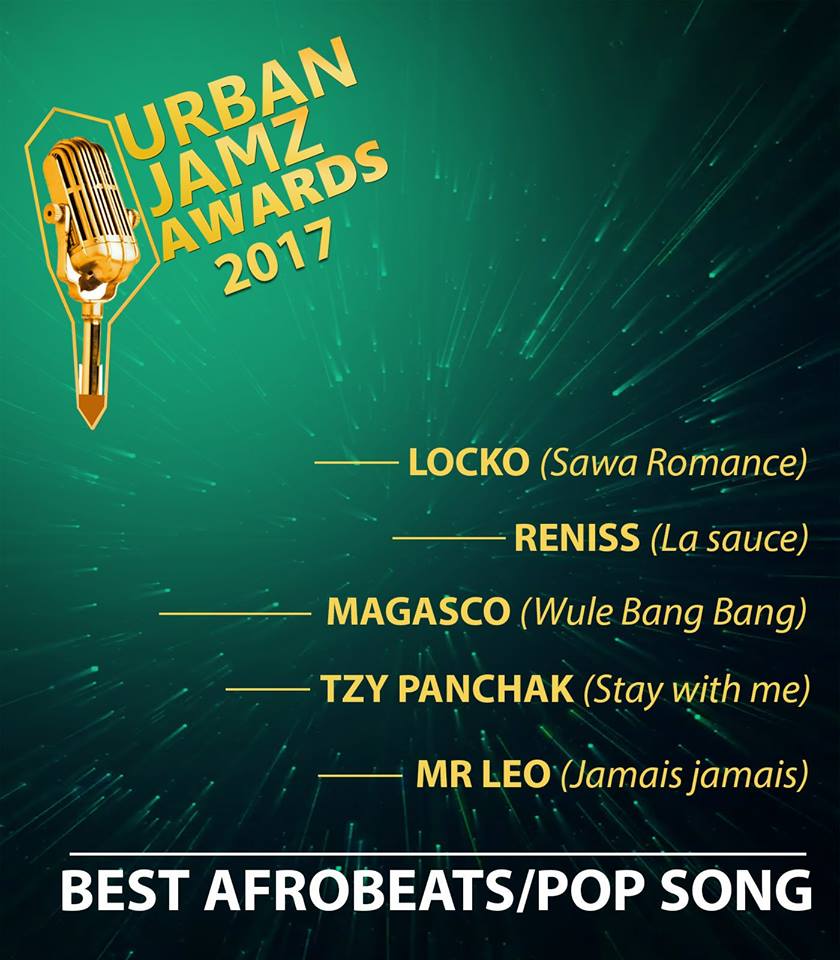 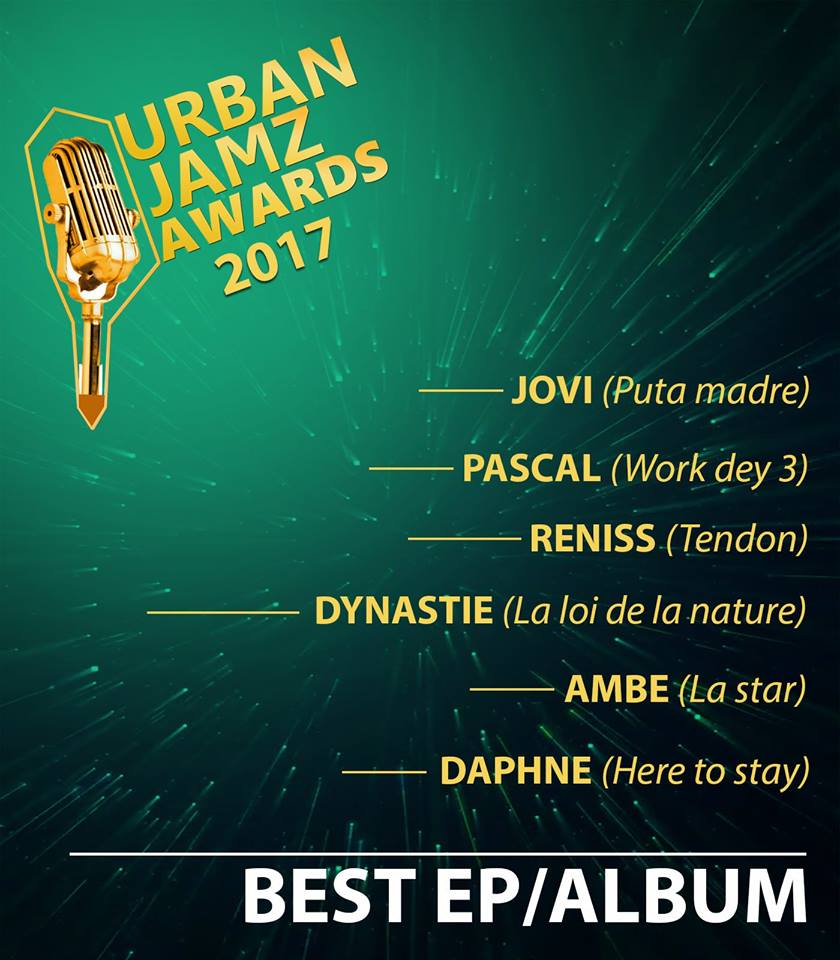 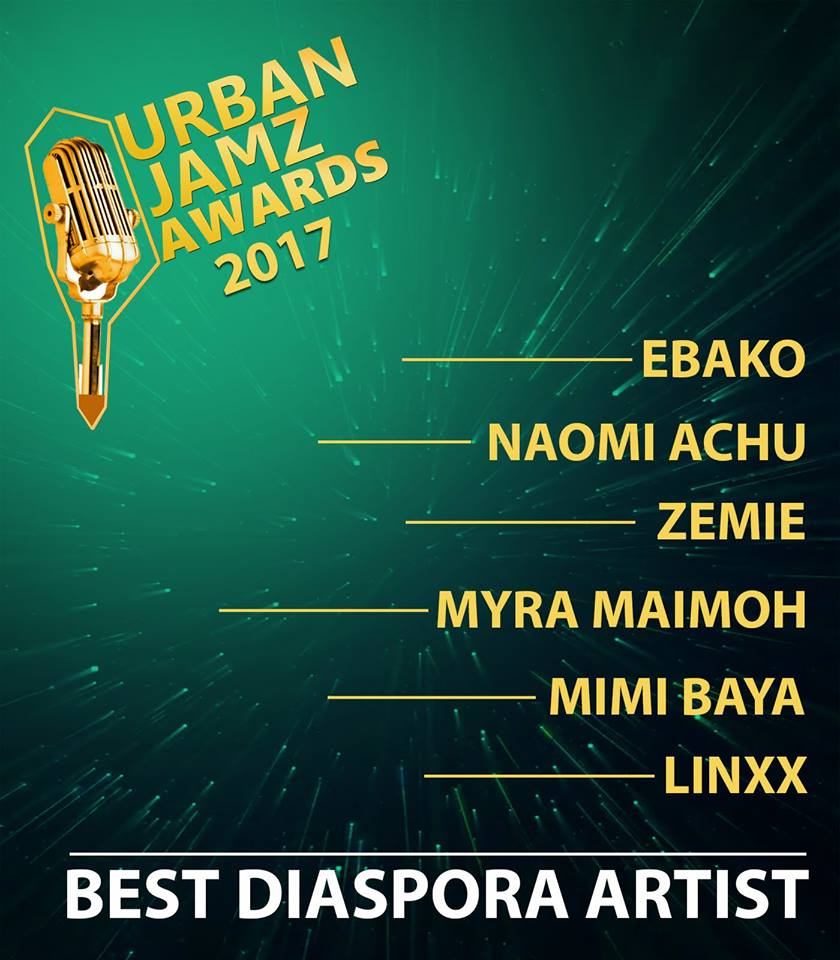 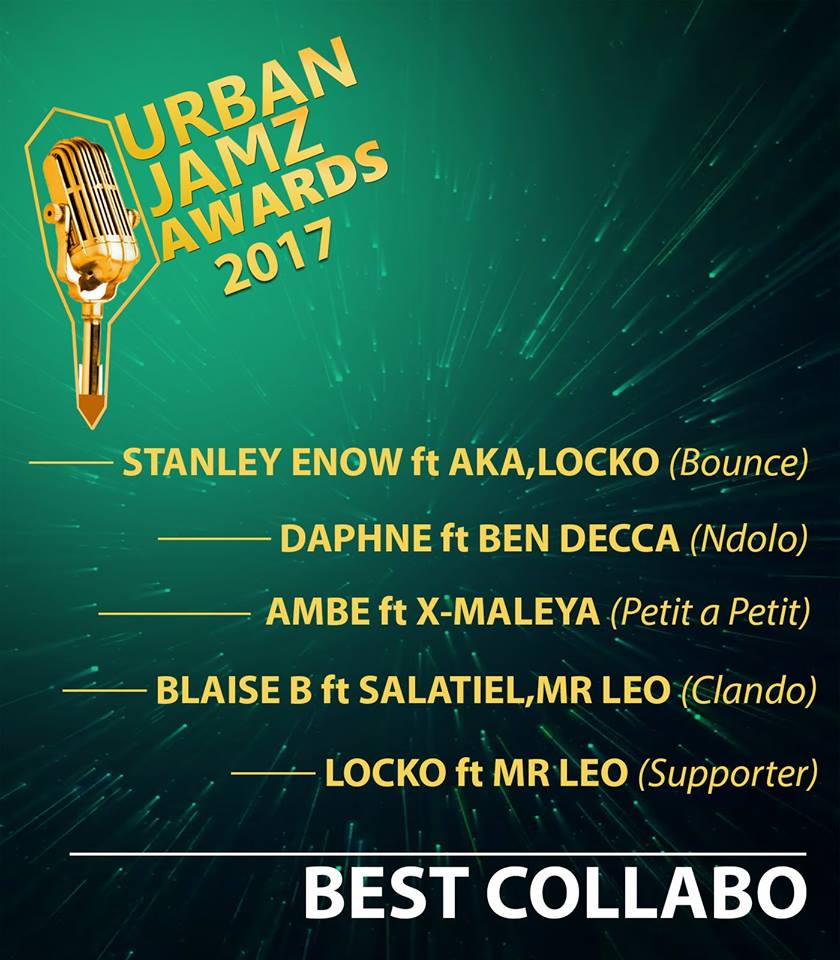 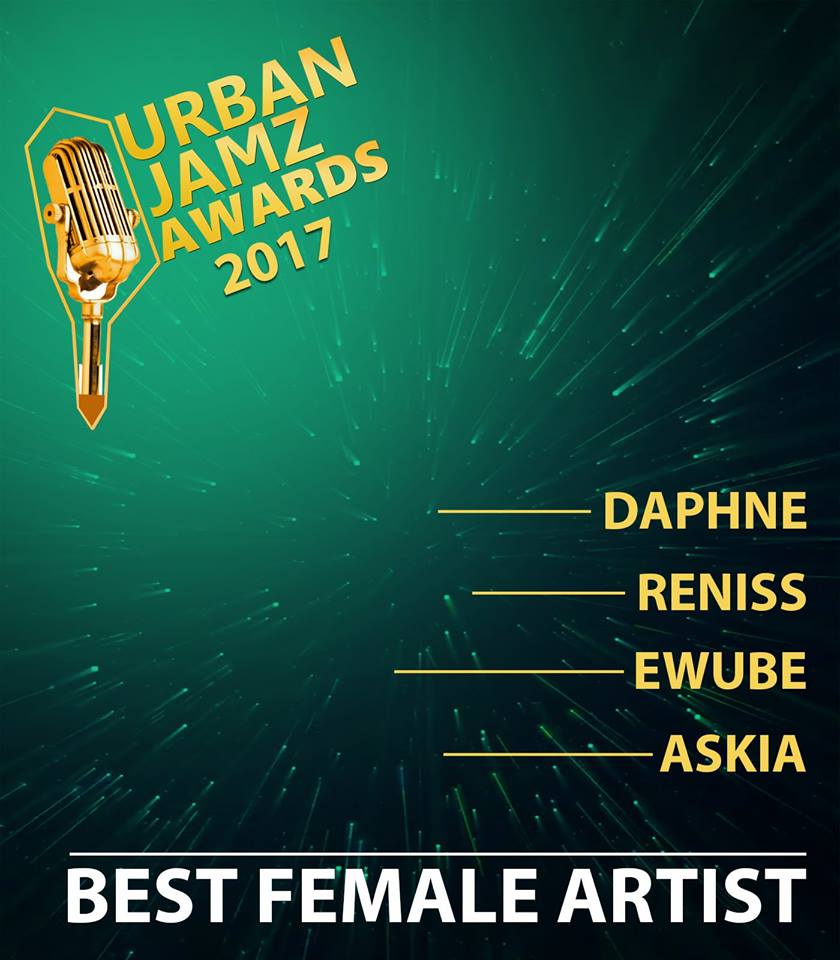 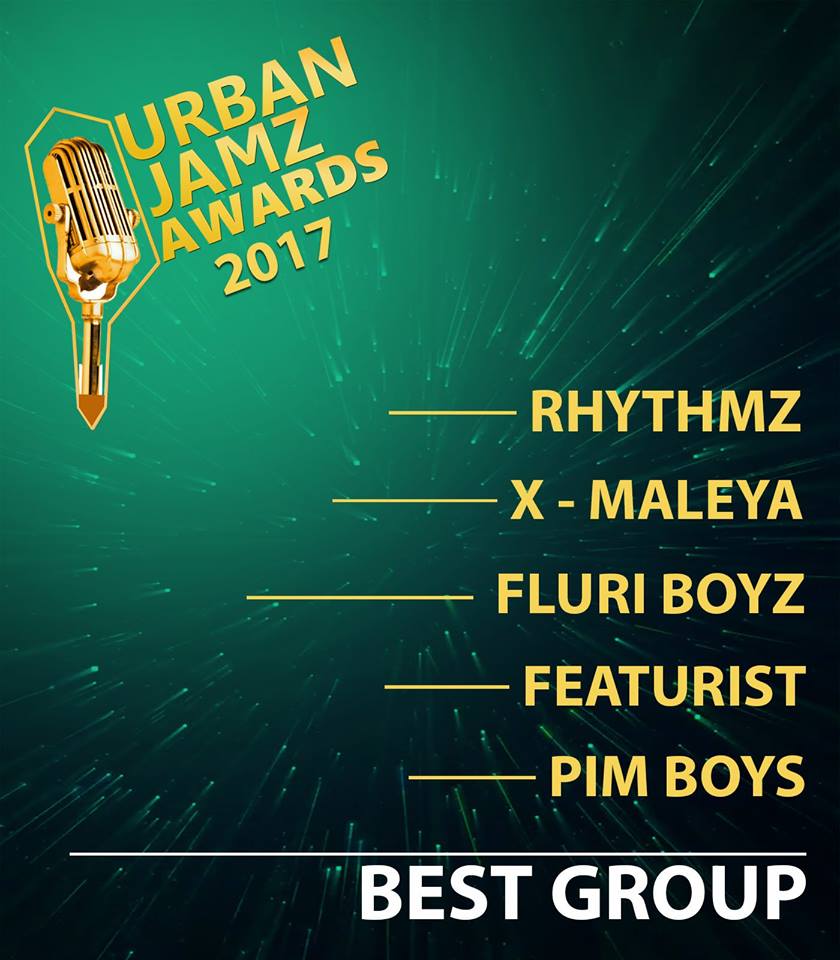 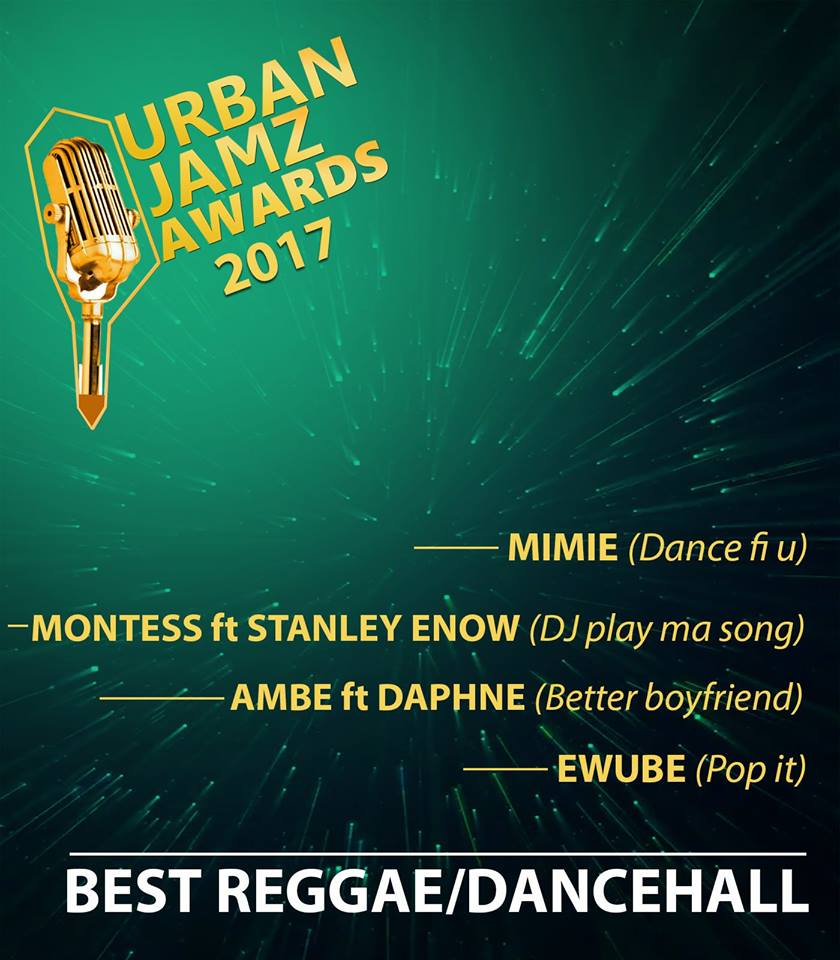 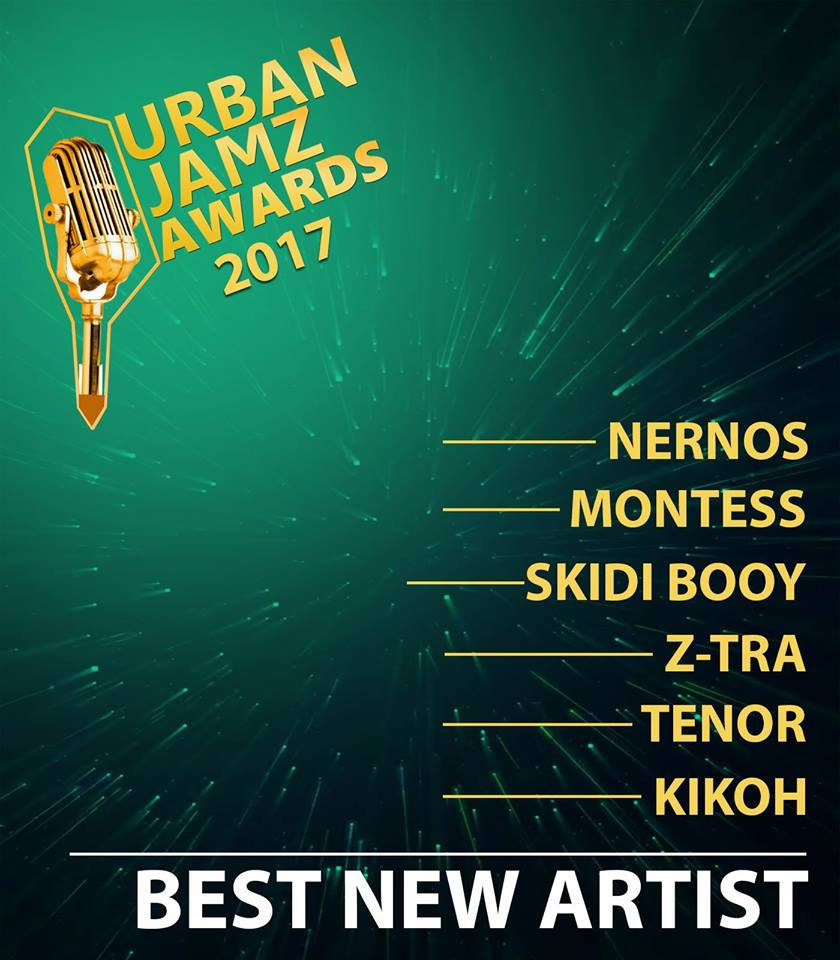 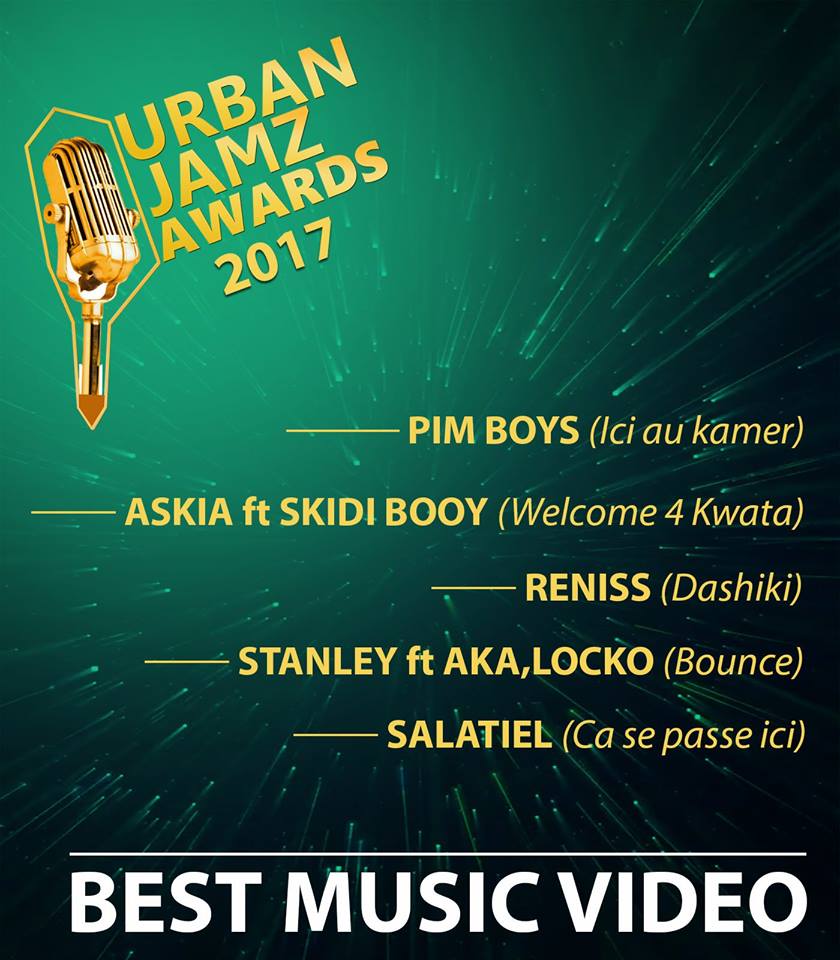 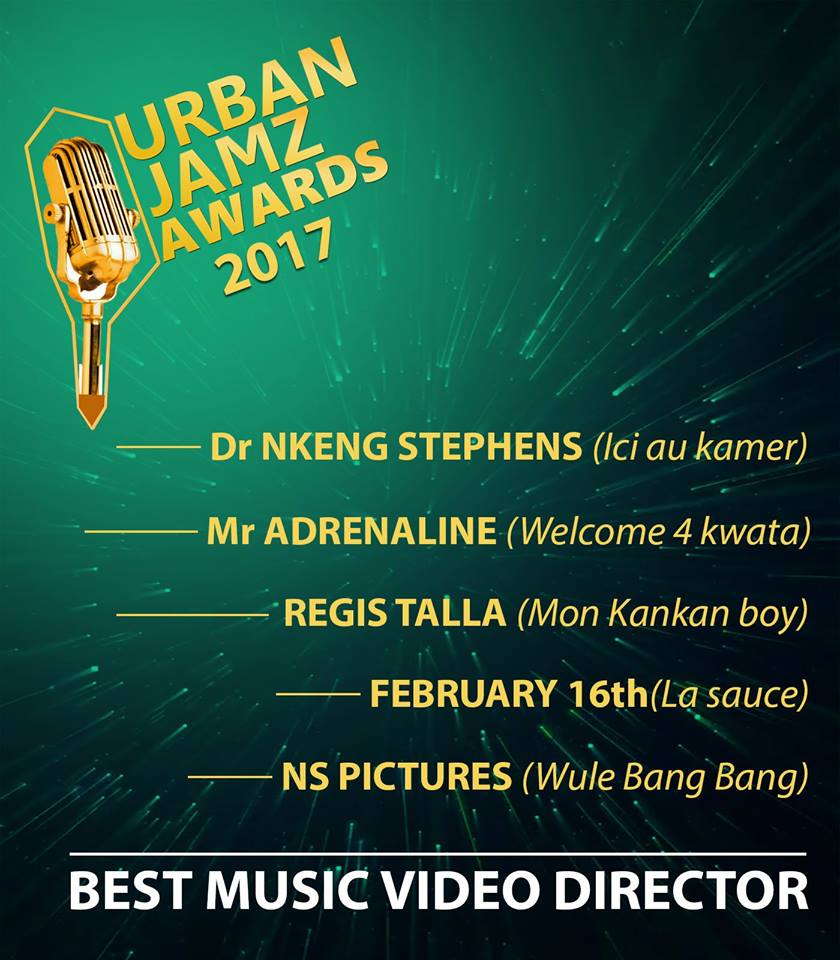 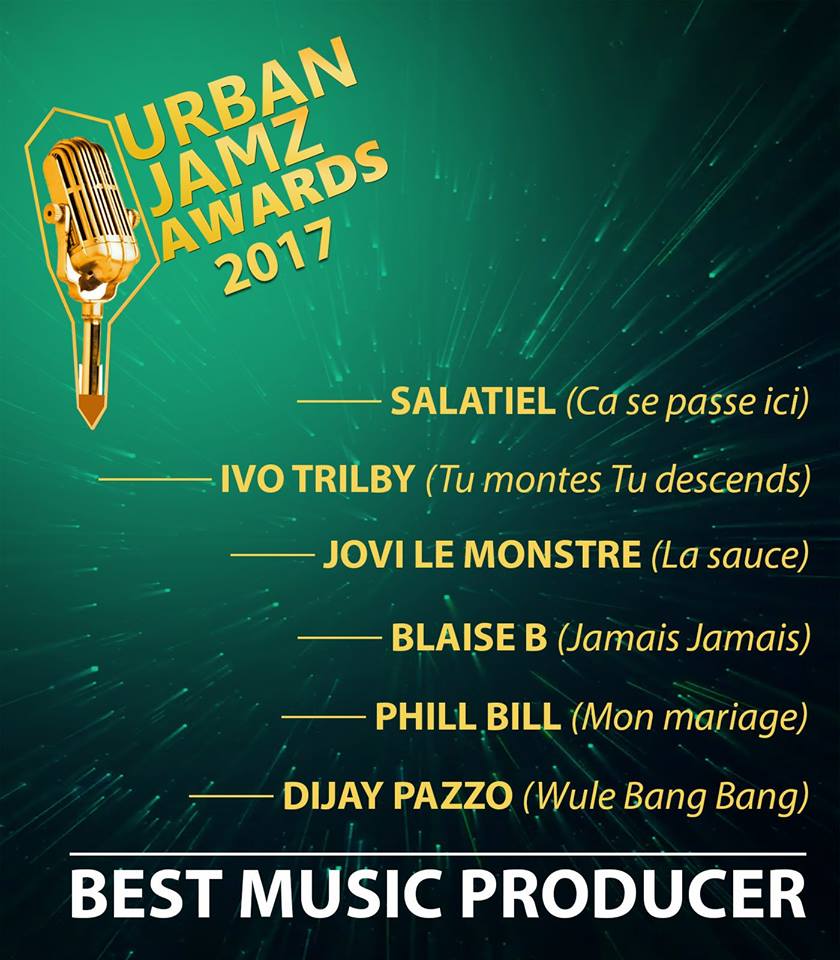 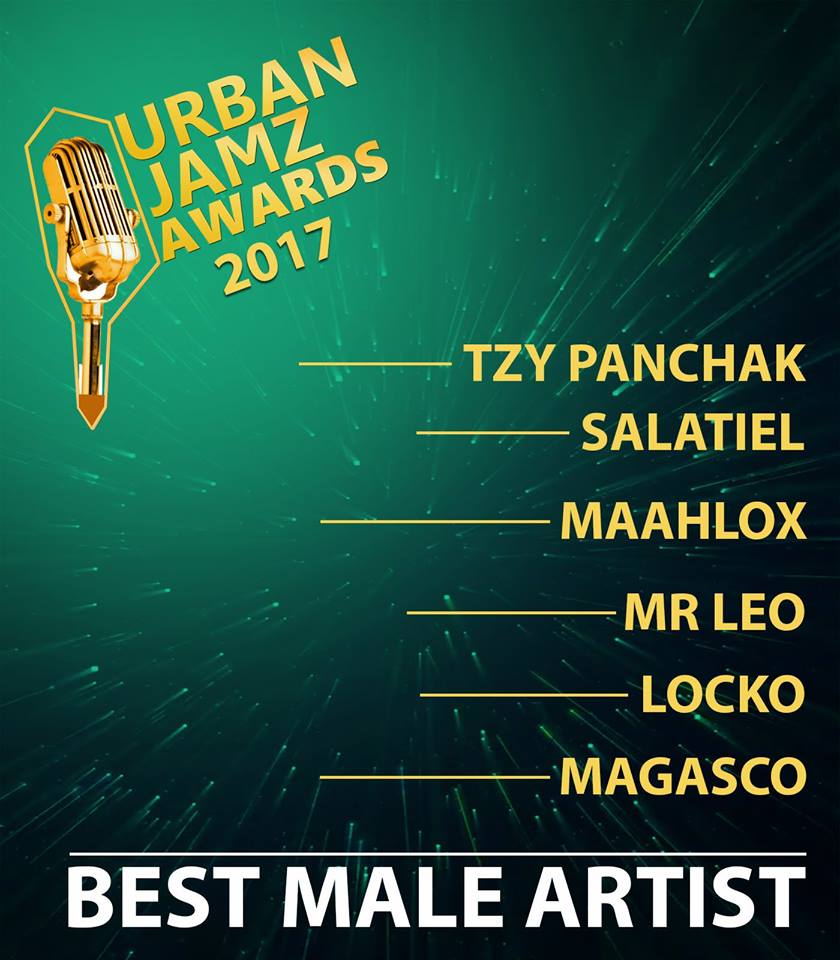 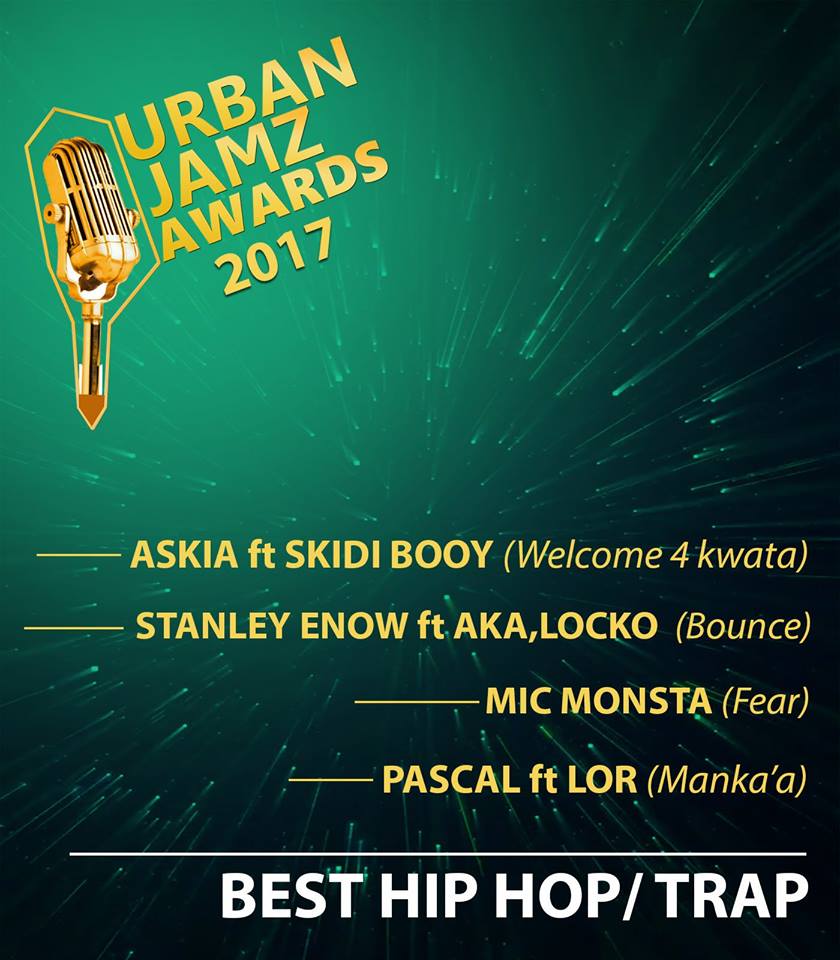 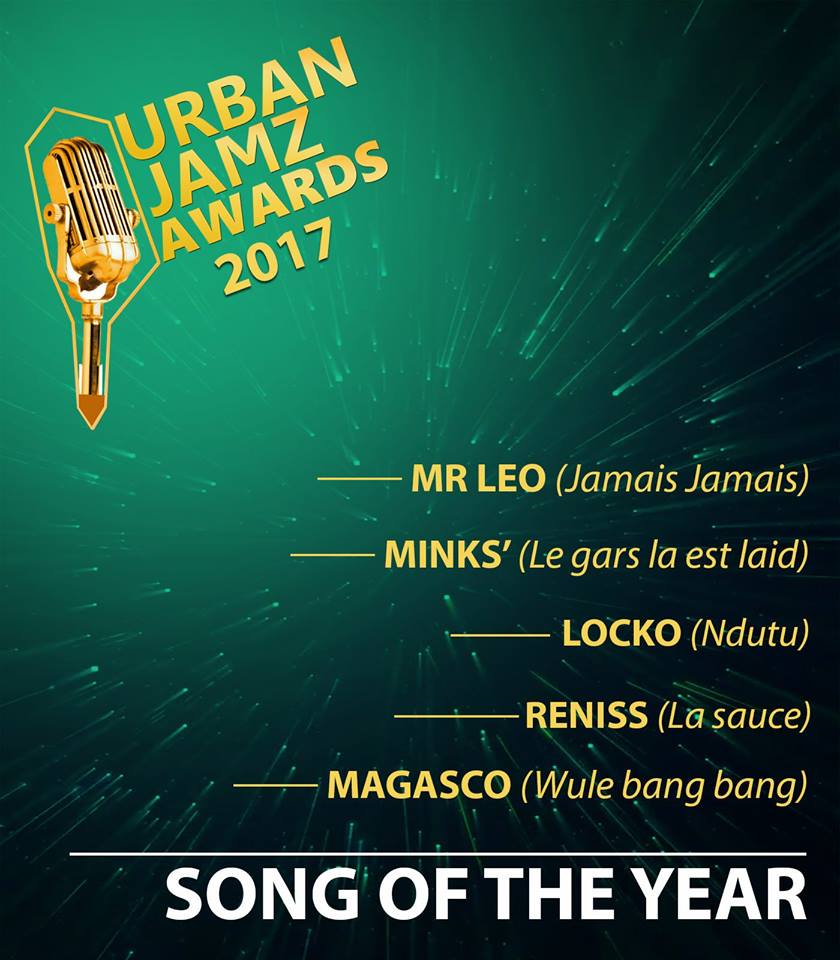 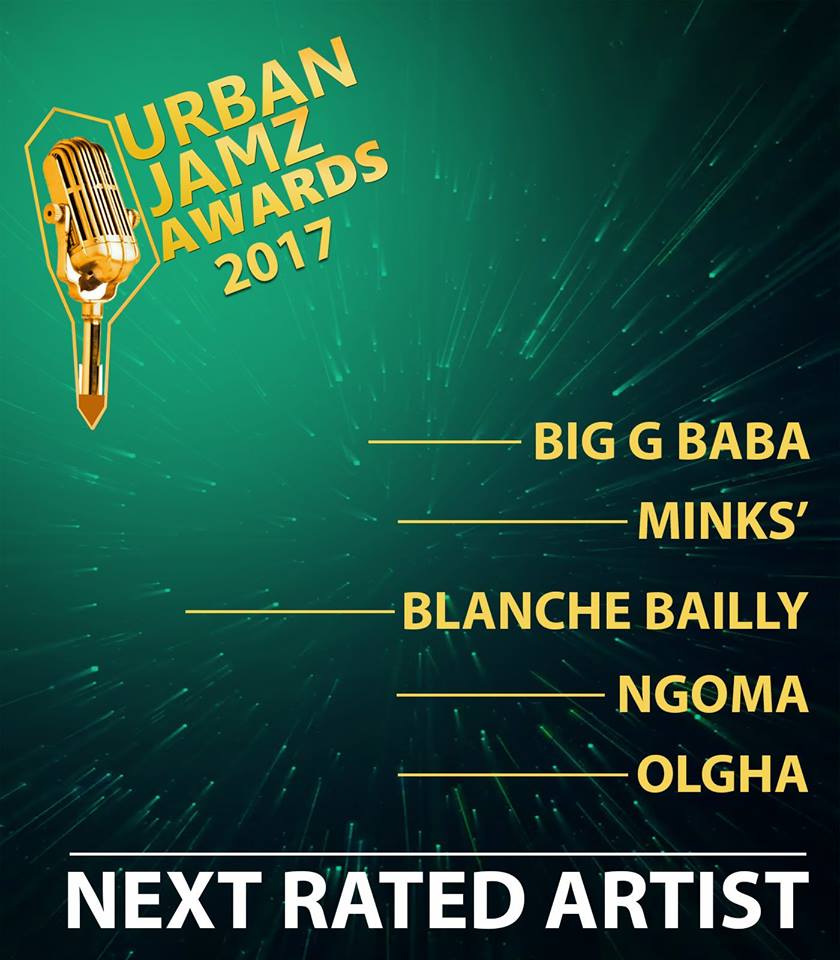 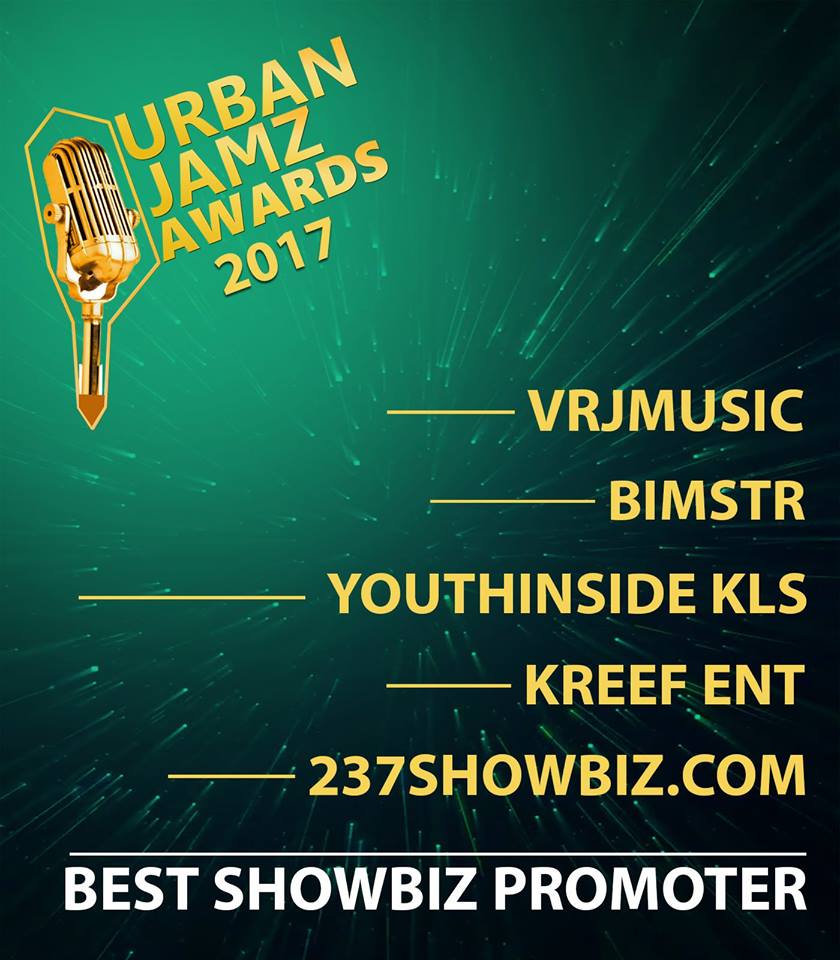