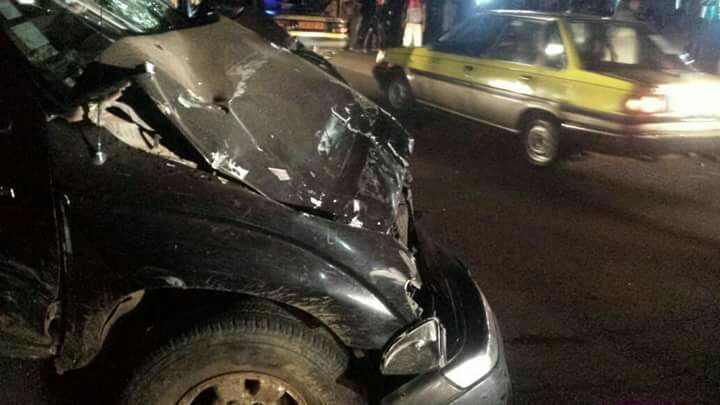 At least one person has been confirmed dead and several others injured after a military truck belonging to the gendarmes lost control and ran into other vehicles and road side vendors at Malingo street buea, South West region of Cameroon, reports say. 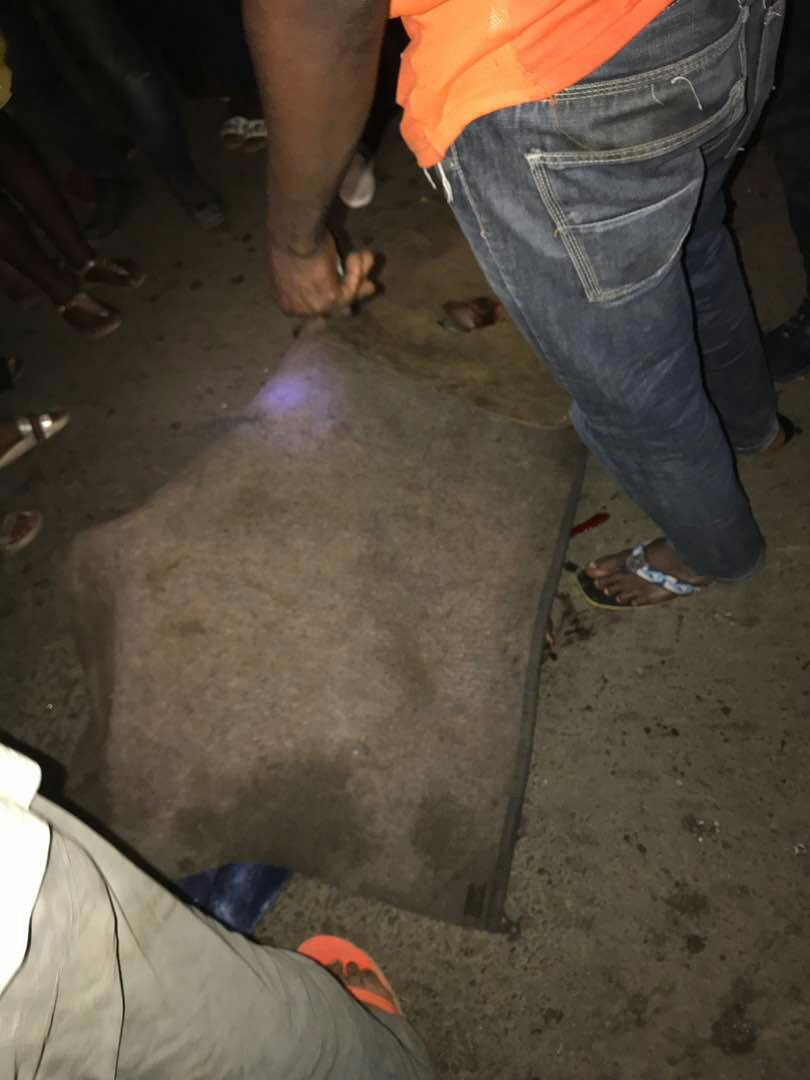 Incident occurred in the night of Friday 20 October 2017.

The victim who died at the scene was identified as Ewane Nora, a vibrant young lady in her 20’s. She is reported to be a final year (level 400) Law Student of the University of Buea.

Sources say following last night’s accident, disgruntled youths stormed the scene and blocked the road from check point to Malingo with the objective of setting the military truck ablaze.

They were however dispersed with tear gas following the arrival of military officers.

So far no official statement has been issued with regards to the incident by any administrative official of the region, but the president of Fako lawyers association and president of the now outlawed Cameroon Anglophone Civil Society Consortium (CACSC) Barrister Agbor Nkongho, issued a statement this Saturday, expressing his sincere condolences to the Ewane family and all those injured. 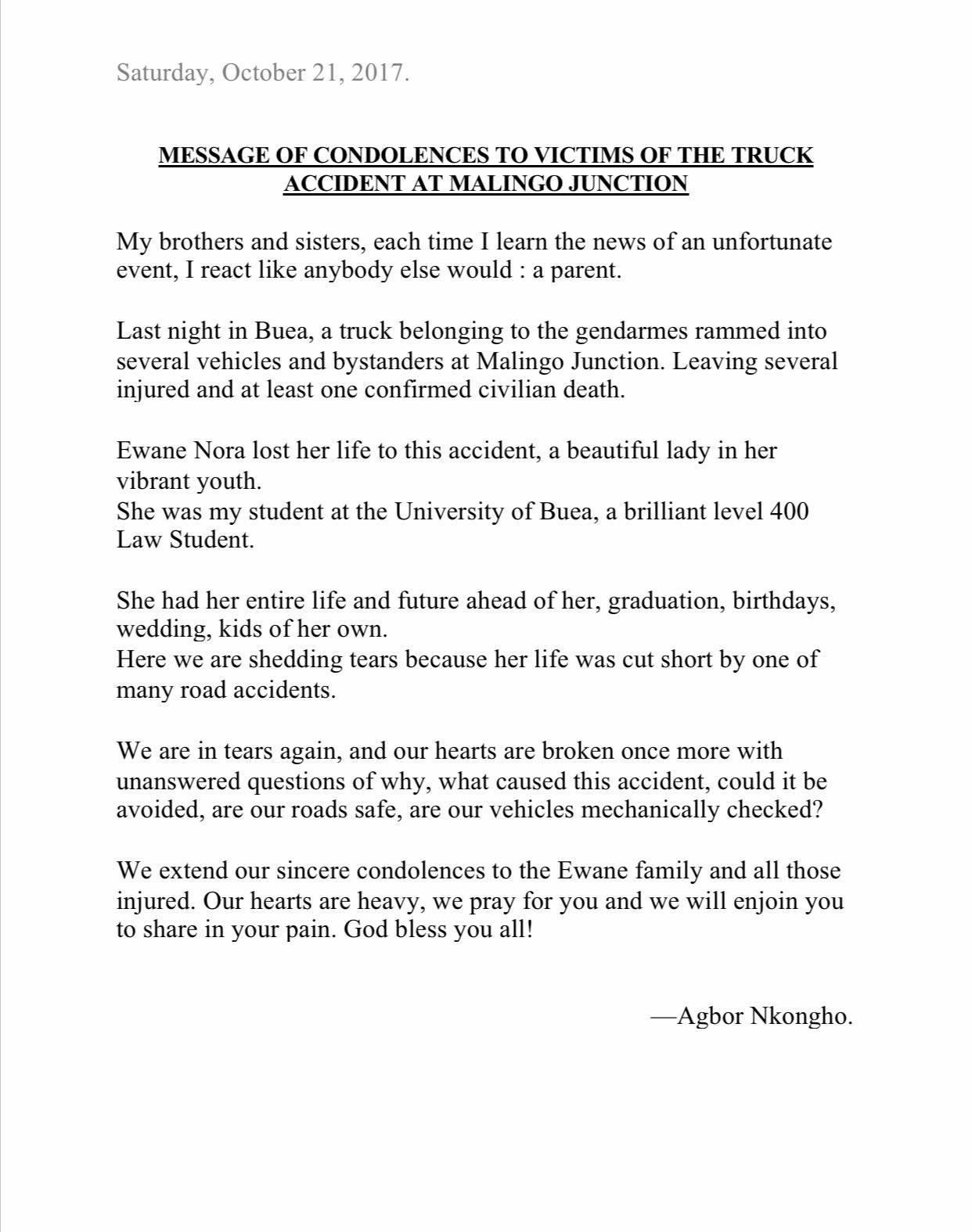