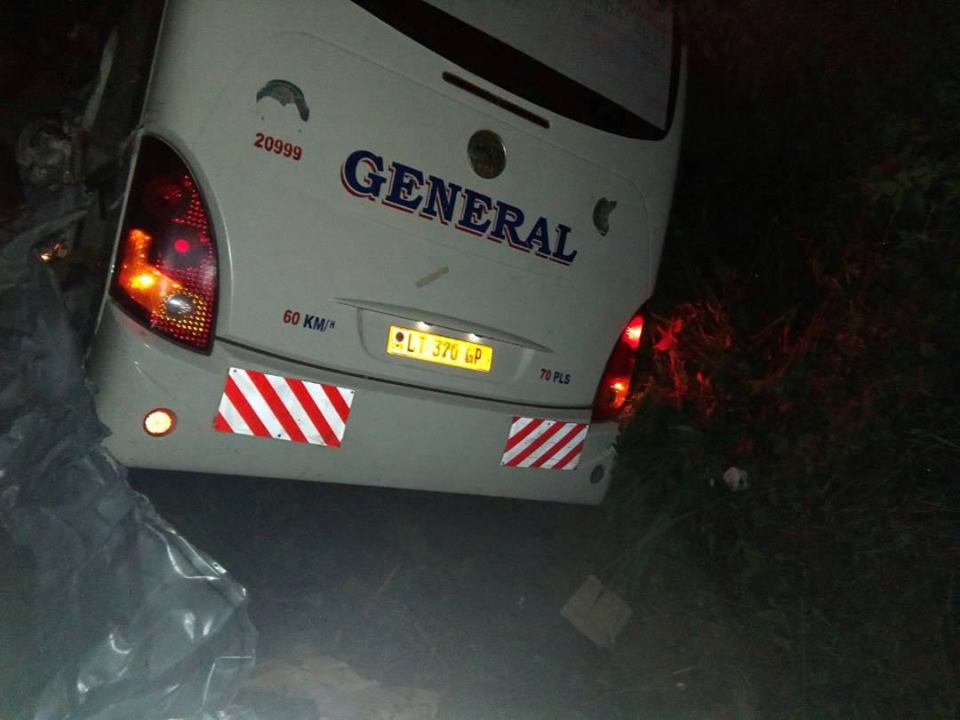 The government of Cameroon through the Ministry of transport has suspended the Inter-Urban travel agency, General Voyage for a period of three months, a release from the Ministry confirms.

The suspension follows a latest accident by the travel agency on Monday night between Boumnyebel and Sombo, which claimed the lives of over a dozen people with several others injured.

The bus driver involved in the recent accident has been given 12 months suspension and his license withdrawn.

Transport minister Edgar Alain Mebe Ngo’o also added in the release that the Inter-Urban travel agency will be dragged to court while its activities remain grounded for three months. 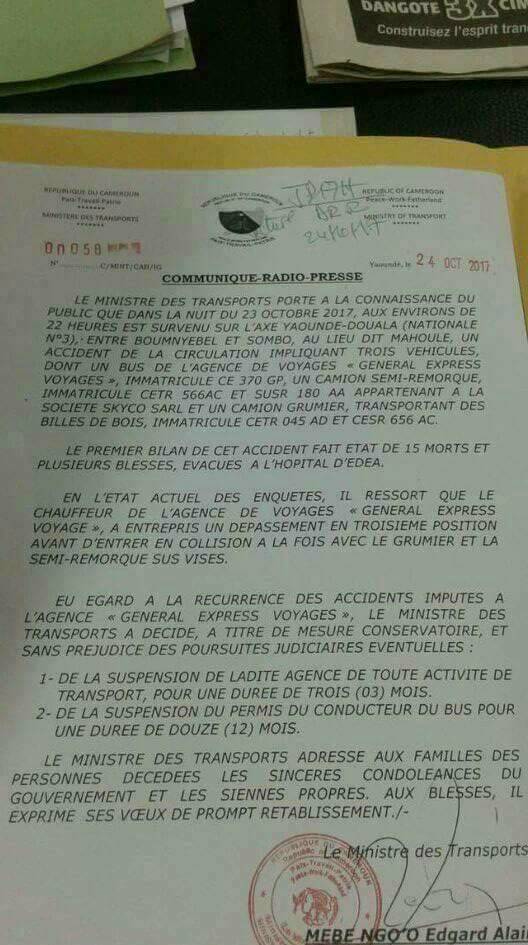