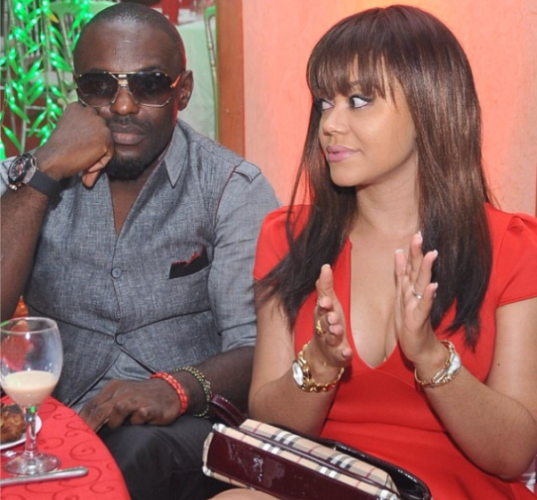 Back in 2014 till date, rumors had it that actors Jim Iyke and Nadia Buhari were romantically involved as they were spotted on several occasions in a compromising situations. Many even went further to conclude that Jim was the father of Nadia twins until she proved them otherwise by revealing the father of her children. This time around, it is Jim who in an interview with punch news denied ever dating Nadia Buhari. According to him, they were shooting his reality show title “Jim Iyke Unscripted”

In his interview said;

“Things didn’t get messy as people thought. Two people met in the entertainment industry and there was a reality show at a time that kept us together. So, we did a smart thing anybody who found himself or herself in such situation would have done. And when the entertainment was over, we moved on to our normal lives.For anyone who thought anything extraordinary happened, it was a live show except that it played into our personal lives too. I got what I wanted, which was followership and I appreciate the audience for watching. She understood what she was coming into and I understood as well. We got the mileage we both wanted and we moved on with our lives. Five years down the lane, people are still talking about it,”