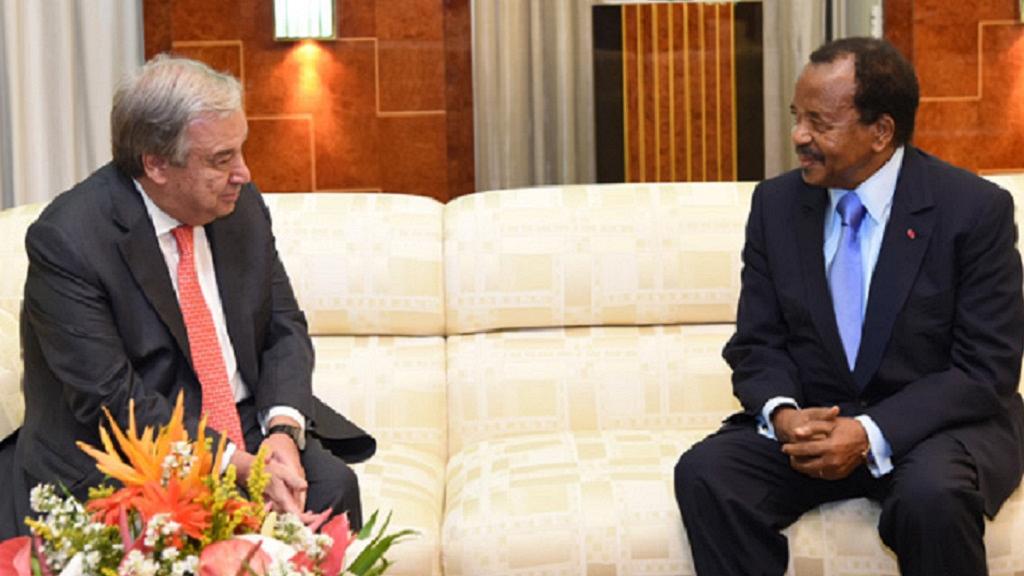 “We are going to be able to assess the recent evolution of (the situation of) the anglophone community,” Guterres told AFP on Thursday in Bangui, capital of Central African Republic (CAR), prior to his visit to Cameroon.

“It’s a meeting that I deeply appreciate,” Guterres said, adding that it reflected Cameroon’s “great interest” in working “positively” in the region.

Guterres told press men he would also talk with Biya about the influx of displaced people from CAR into Cameroon and his concerns about the crisis in the Lake Chad region triggered by attacks by Boko Haram jihadists.

How ever since the visit of the UN chief Antonio Guterres, there hasn’t been any official statement by the Unity Palace addressing the issues discussed with President Biya, on how the UN could assist Cameroon in resolving some of its pressing crisis.

Local media portals could only speculate that the social and political crisis in the country’s English speaking regions had come up for discussion, base on the assumption that the U.N. chief had tasked the government to roll out dialogue with leaders of the North West and South West Regions.

Cameroon has an anglophone minority which comprises around a fifth of its population of 22 million.

Simmering resentment has fuelled a breakaway movement that on October 1 issued a symbolic declaration of independence for the putative state of Ambazonia, prompting a crackdown by a government firmly opposed to secession.

International monitors say there has been a toll of more than 20 or at least 40 dead, figures that are angrily disputed by Biya’s government.

Arsonists attempt to burn down Barrister Agbor Balla's home in Mamfe, read why: