Home » “If a plebiscite were to be conducted in Cameroon today, I will vote for reunification not secession”- Chief Mukete 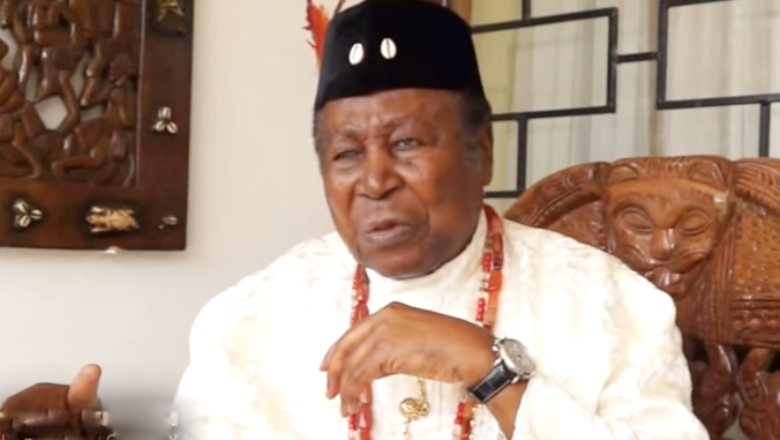 As reported by Isidore Abah for journalducameroun.com :

The Paramount Ruler of the Bafaws, Senator Nfon VE Mukete has lamented that the Anglophones suffer more humiliation in Cameroon today than the colonial days.

To Cameroon’s eldest Senator, the language problem, appointments into post of responsibilities among others are uneven.

“Things that were a taboo in the colonial era are said and done in this era with no remorse,” the Senator said.

Senator Mukete bemoaned that he has incurred numerous casualties because some people have tagged him as an enemy of the State and are spreading malicious information to the Government to discredit him and tarnish his image.

Everyone knows me as Victor Mukete. I always speak my mind when it comes to issues affecting the nation. I don’t hide my feelings, but some people always see me as an enemy of the State, but I am not one and will never be one,” Mukete told Governor Okalia during a recent ordination meeting in the South West region.

He said most of the things people want him to explain are found in his book titled “My Odessy”.

The traditional ruler said if a plebiscite were to be conducted in Cameroon today, he will still vote for reunification and not secession.

SDO of Manyu Division orders citizens in 16 villages to relocate or else they be treated as criminals!

Yvonne Nelson reveals her baby daddy, and it's not John Dumelo! [pictures and video]