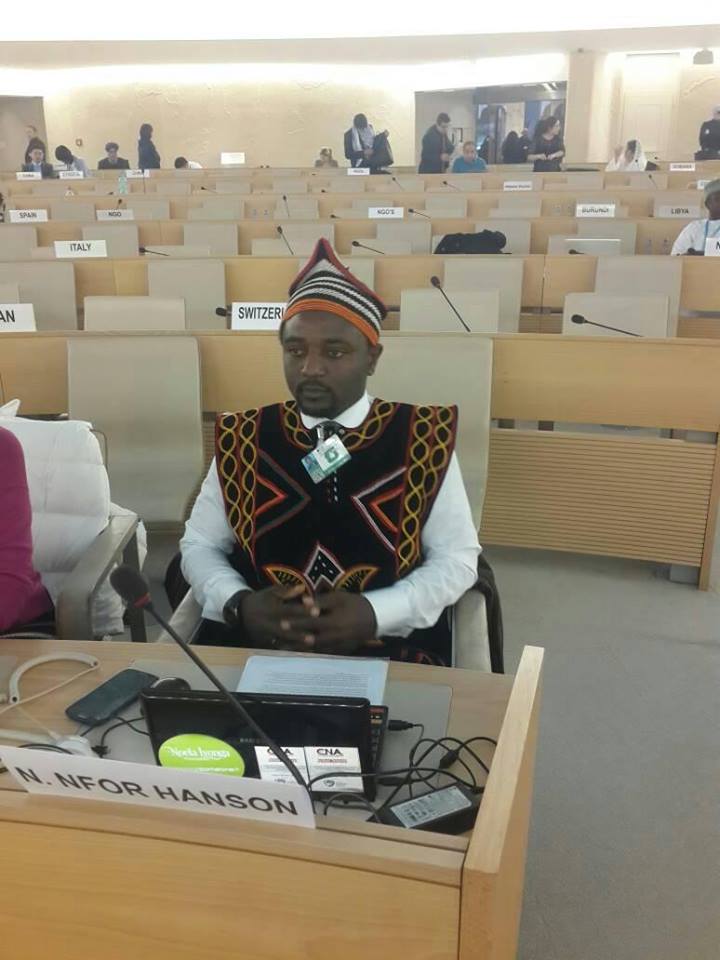 Prince Nfor Hanson Nchanji, a young and dynamic Equinoxe journalist who has been very involved in investigating and revealing facts about the current anglophone crisis, via exclusive interviews with Barrister Agbor Balla, Honourable Joseph Wirba and more, has just tendered his resignation letter to his superiors at Equinoxe Radio and TV.

This is coming after his recent invitation to a United Nations Human Rights Forum on Minorities which held in Geneva; Switzerland. When given the floor in the forum this was the content of his speech as reported by him:

“My first words to the Special Rapporteur of the UN on Minority Issues and the Chairman was that as I leave Geneva, they should assure my safety and security.

In my presentation on youth engagement in promoting peace and security, without mincing words I told the UN that as a journalist and with number of interviews made, I came to understand that Minority youths in Anglophone Cameroon are not fighting against Francophone majority but against policies put in place by the State which has relegated them to the background.

I explained to all the countries present that to have a better understanding of why Anglophones are angry, you need to go back to 1961 and revisit history .

Among others like Internet shut down, police brutality, killings I urged the UN to put more efforts in ensuring that the government respects lives of Minority citizens in Cameroon.

I ended by saying NO to violence, killings and burnings but YES to Dialogue where there will be no head boy.”

Days after his involvement at the UN forum, his younger brother received a threat letter. Read it below: 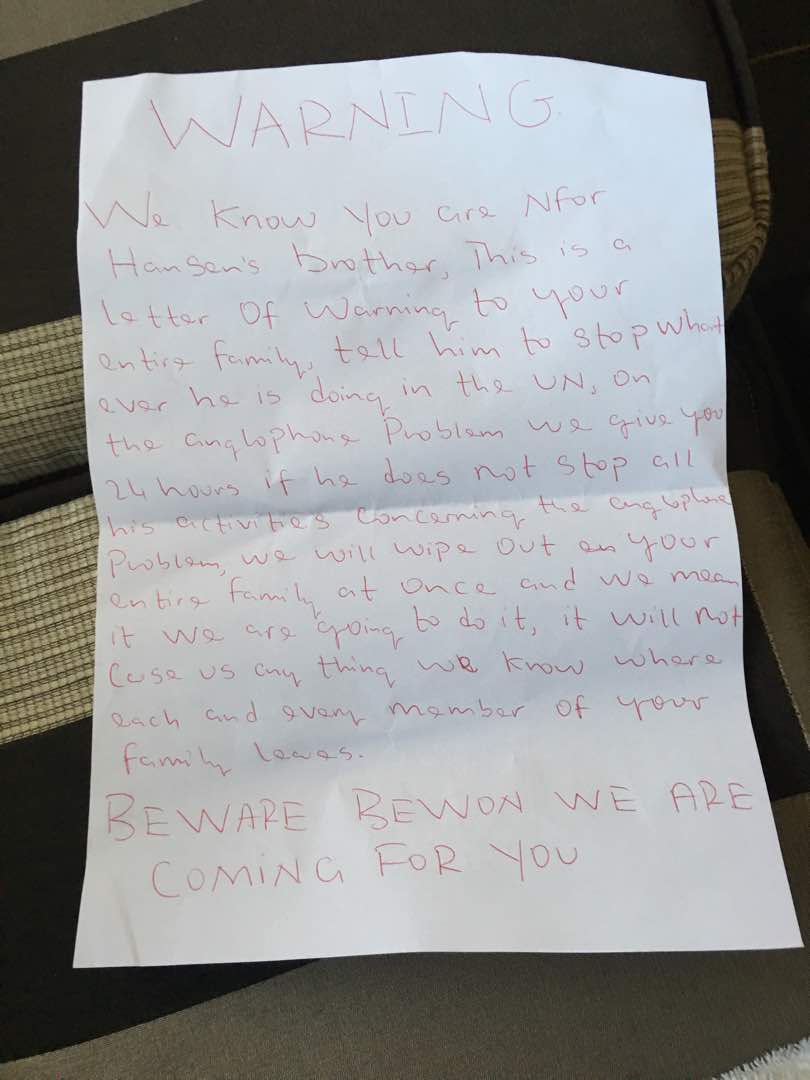 Reports hold it that Prince Nfor Hanson has tendered his resignation letter to the administration of Equinoxe Radio and TV. He is still to speak out publicly on the issue.