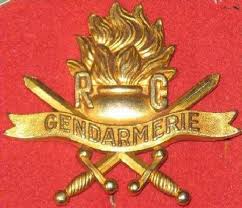 In the night of 7/8 December 2017, an armed band attacked the headquarters of the gendarmerie in Mamfe.

According to reports from the South West Gendarmerie, the Mamfe gendarmerie headquarters was attacked by a band armed with hunting and war guns.

“The attackers attacked at around 11 pm. There was an exchange of fire between the forces of law and order and the armed band,”– cameroun-info.net correspondent said.

According to reports; Constable Keli Hervé of the class of 2015 was fatally shot and five assailants were killed in the attack. Nine other gendarmes were shot and wounded.

“We tried to reach the commander but it was impossible because the attackers were shooting at us. It was difficult for us to call for reinforcement,” said one of the gendarmes.

The same sources indicate that during the attack, a gendarmerie truck was carried away by the attackers, who abandoned it further on the Mamfe – Bamenda axis.

This new attack makes it a total of eleven police people who have been killed in the north-west and south-west regions since October 2017.