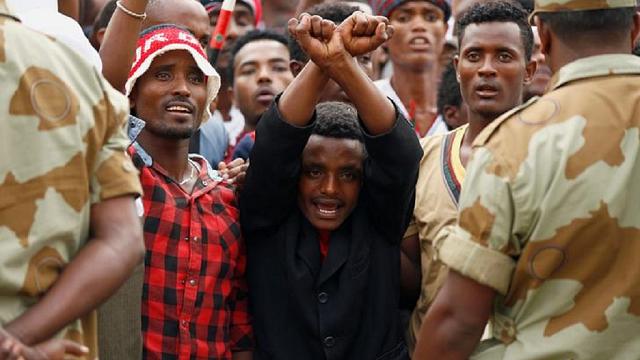 Over 60 people have been killed in clashes between different ethnic groups in Ethiopia’s Oromiya region in the latest bout of violence to highlight increasing instability in a province racked by bloody protests in 2015 and 2016, Africa news reports.

In the latest series of attacks and counter-attacks, 29 Oromos and 32 Ethio-Somalis have been confirmed dead by authorities in the West Haraghe zone of Oromia region where the clashes happened.

The violence triggered revenge attacks by ethnic Oromos in another district, resulting in the killing of 32 Somalis who were being sheltered in the area following a previous round of violence.

This latest bout of violence follows protests in Oromiya’s Celenko town where the region’s officials said 16 ethnic Oromos were shot dead on Tuesday by soldiers trying to disperse the crowd.

Over the weekend, university students in Oromia led what was described as a ‘mass mourning’ and silent protest over the recent civilian deaths.

The clashes are likely to fuel fears about security in Ethiopia, the region’s biggest economy and a staunch Western ally.

Violent clashes between different ethnic groups in Ethiopia forced the government to impose a nine-month state of emergency that was only lifted in August.

Shocking facts that expose the marginalisation of Anglophones in Cameroon