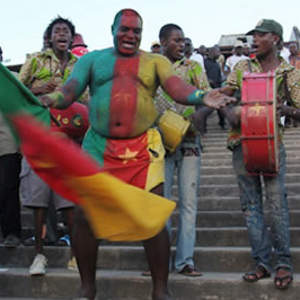 The U17 Lionesses of Cameroon have qualified for the third and final round of the African U-17 Women’s World Cup qualifying tournament. They beat the Fennecs of Algeria 7-0 on Saturday December 16, 2017 at the Yaounde Omnisports Stadium, in the return leg of the second round qualifier.

Goals from Marlyse Kameni (2), Marie Ngah Manga (2) Liliane Mefire (2) and Fadimatou Kome (1) handed Cameroon victory in a thrilling encounter that kept fans on their feet cheering the players as they humbled their opponents. The U-17 Lionesses dominated the encounter from the beginning and scored the first four goals in the first half.

Cameroon sailed through with an 11-0 aggregate win, considering that in the away leg in Algiers on December 7, 2017, the U-17 Lionesses beat Algeria 4-0.

In other results, Nigeria played a 0-0 tie with Ethiopia on Saturday December 16, 2017 but qualified for the final round on away goal rule. They drew 1-1 with Ethiopia in the away leg in Addis Ababa a fortnight ago.

Ghana and South Africa have equally qualified for the third and last round of the qualifying tournament. South Africa crushed Botswana 6-4 in Johannesburg, in the second leg at the Dobsonville Stadium as they qualified 11-6 on aggregate, while Ghana beat the Gambia 2-0 to grab a ticket to the next round with an aggregate win of 7-2.

The winners of the three final round ties will represent Africa at the FIFA U-17 Women’s World Cup billed for November 13 -1 December 2018, in Uruguay.

Spend the end of year with your family and friends at Seme Beach Hotel, Limbe!