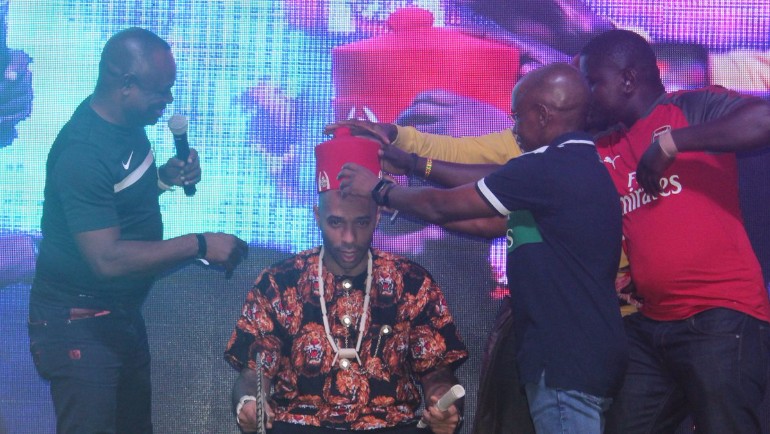 Former Arsenal and French football legend Thierry Henry has been named a chief in Nigeria due to his exploits with the ball during his career.

Henry, one of the most popular football figures received the “Igwe” title in Nigeria when he recently visited the West African country as part of an event organized by Guinness.

The current assistant manager of the Belgian national team was dressed in kingly garb and christened “Igwe”, which means king in Igbo.

Henry, 40, was a member of the legendary Arsenal “Invincibles” team which went an entire season without losing a game and finished his career as the club’s all-time top goal scorer.