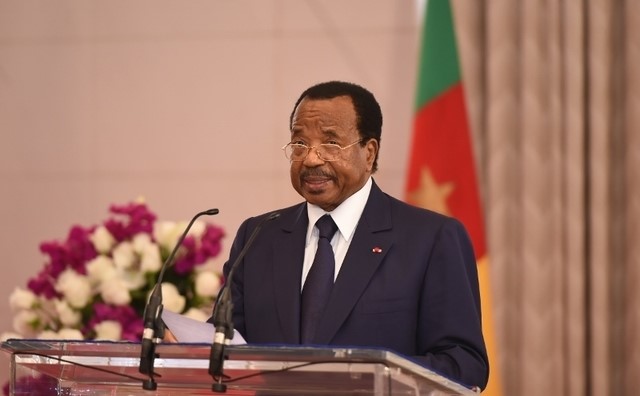 Cameroon’s president Paul Biya has sworn he will do everything in his power to terminate armed ‘secessionists’ in Anglophone Cameroon, barely few days after intense fighting in Kembong village in Manyu South West region, which saw the killing of four Gendarmes and the seizure of stock of arms.

The President made his determination public at the Unity Palace on Tuesday while receiving the visiting CommonWealth Secretary General Rt Hon Patricia Scotland, who is on a five days mission to Cameroon.

“At the time when Cameroon is engaged in a fight against Boko Haram, some group of persons in the two regions under secessionist movement have decided to attack the State. As guarantor of the Constitution and in the name of National Unity, I will make sure order returns and punish culprits.” Mr Biya said.

The president also told Hon Patricia Scotland that the government of Cameroon among other measures to curb the Anglophone crisis has created the Commission of Bilingualism and Multiculturalism to solve issues raised by the Anglophone minority.

“The Commission will solve every issue Cameroonians have been worried about in terms of living together and respect of cultures” President Biya told Rt Hon Patricia Scotland.

Shockingly, CommonWealth Secretary General Rt Hon Patricia Scotland will not visit the two English speaking regions of Cameroon during her five days stay in the country, but she will meet with the President of the Senate, the National Assembly and other Diplomatic Corps, and she is also expected to visit the Ministry of External Relations.