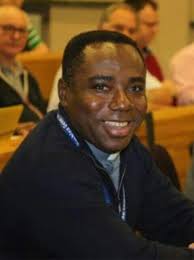 The Reverend Father Jean Bertrand Minala Etoundi was found dead in his room at Vatican on Friday April 24th. The mystery persists about the cause of his sudden death.

“I received a call from Rome informing me that the body of the Reverend Jean Bertrand was found dead in his room while waiting for the meeting of the General Council. Father Jean Bertrand was a pivotal piece for us in Rome, “- said Father Joseph Jules Nkodo, Regional Superior for Pallotin in Cameroon and Nigeria, on CRTV Radio.

The latter also revealed the will of relatives of the deceased, to bury the latter in Cameroon. But since the discovery of the dead body of the Reverend father Jean Bertrand Etoundi, the Italian police put this body under seal until the outcome of the open investigation to know the cause of this sudden death.

The testimonies published since the announcement of the disappearance of the very dynamic Reverend Jean Bertrand Etoundi, make it known that the latter who goes away very young, promised a good future.

A consecrated priest 15 years ago, Reverend father Jean Bertrand Etoundi held the position of representative of the Pallotines in Rome and in the Francophone zone. He was also secretary-general of the world’s pallotine congregation.