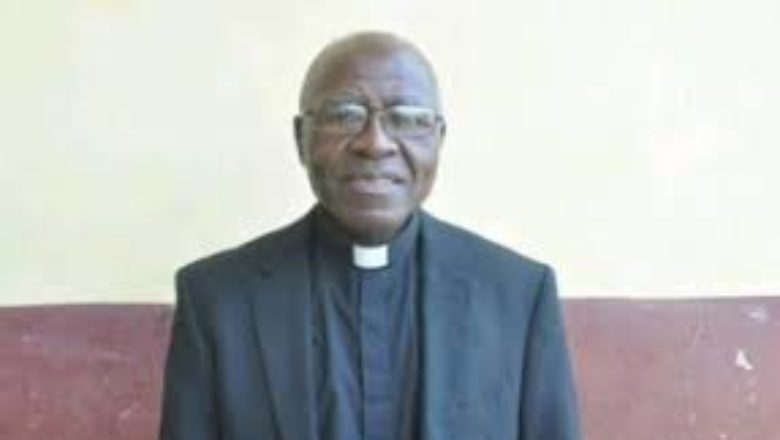 Father William Neba was released in the early hours of Wednesday by his abductors as he arrived the parish in the morning to the delight of his parishoners, family members and well wishers.
The circumstances leading to his release are not clear but sources within the Bamenda Ecclessiatic Province say his abductors had requested for a complete shut down of Saint Bede’s College, Ashing-Kom where Father William is Principal before he is released
That was immediately done on Monday evening after several meetings before parents were allowed to evacuate their children from the dormitories.
The priest has now been freed over 48 hours later and sources within his parish say he will head to Bamenda for medical checkup.
It is not yet clear when and if classes will resume at Saint Bede’s College as an official statement is still awaited from the Archbishop of Bamenda, Cornelius Fontem Esua.
Just 24 hours after Father William Neba was kidnapped, the Senior Divisional Officer of the Boyo Division, Teghi Fidele, imposed a dusk-to-dawn curfew in three sub divisions of his jurisdiction; Belo, Fundong and Njinikom.
Boyo Division has witnessed violent clashes in recent weeks, especially in Belo, between Cameroon security forces and Ambazonia separatist fighters that has led to severl persons dead, according to local sources.
Reported by Francis Ajumane for Journalducameroun.com