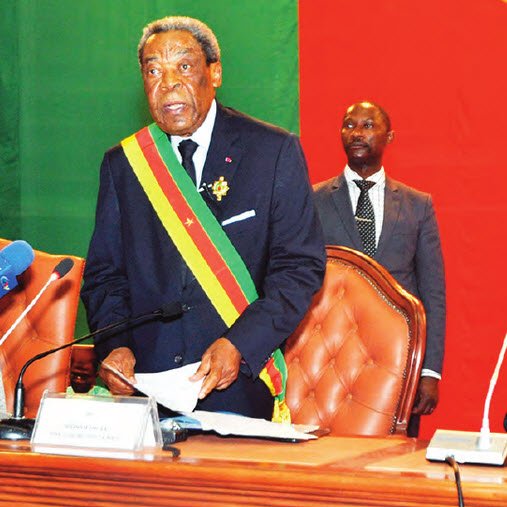 After the validation of all the constituents and the delivery of the attributes to the 100 senators of the second legislature, the first office of the Senate of the mandate 2018 – 2023 was revealed on the afternoon of Friday, May 4, 2018.
In view of the election of this new office, the Secretary-General of the CPDM Central Committee held a meeting on Friday morning at the Yaounde Conference Center with all the senators from the CPDM, the majority political party.
According to a source who took part in this meeting, it was said that Paul Biya chose Marcel Nita Njifenji as the CPDM candidate for the position of President of the Senate.
With an obese majority in the senate, the CPDM had no difficulty in voting him in.
The opposition, SDF, which saw the number of its senators fall from 14 to 7, no longer has a parliamentary group, therefore, they can not even occupy one of the Vice President positions.
The new senate office was put in place on the afternoon, of Friday May 4th; with 100 senators and Marcel Nita Njifenji as their President.