Home » CDC workers receive death threats, find out from who and why: 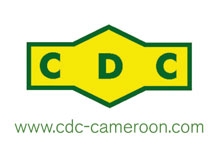 One of the collateral victims of the Anglophone Crisis are the workers of CDC(Cameroon Development Corporation).

A public company involved in the food industry.

The company which is based in the English-speaking region of South West has already lost employees due to the Anglophone Crisis.

One of the deceased employees was shot in Mamfe on February 11, 2018. Another was killed by an unidentified gunman in the Tombel plantations.

And as if that were not enough death threats hover over the heads of others. This is the case of the manager of the palm groves of Llloani. The latter does not leave his home for fear of being killed due to threats he has received.

The CDC laments damage estimated at more than 500 million FCFA due to the Anglophone crisis.

Their installations are constantly being targeted. At its Mandongo site, two Caterpillar brand vehicles were burned. The loss is estimated at 500 million FCFA.

Two pick-ups and an ambulance were lost during an attack on the Llloani site and another pick-up was burned.

More than 1700 employees are under threat of technical unemployment.

Head and private part of a soldier cut-off in the SW(See graphic photo), more Anglophones homeless as military burns down houses in Mbalangi!