Home » Mancho Bibixy tells the court he is ready for death sentence, reveals that Anglophone detainees are being threatened in prison. Read all what happened at the military court: 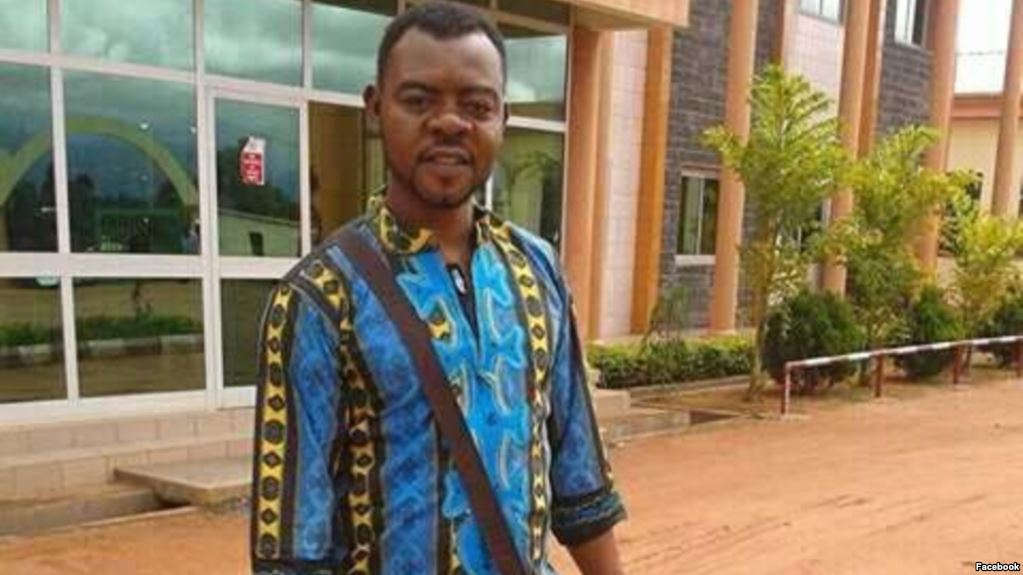 Mancho Bibixy and six others were at the military Tribunal again yesterday. This is exactly what happened, as reported by investigative journalist; Francis Ajumane who was at the scene.

The Defense lawyers were furious that they had been kept waiting  for long as the magistrate for the case was not on time.

They camped infront of the office of the presiding magistrate in anger.

As the case was taking time to start, this is what Mancho said to the crowd outside the courtroom “We defeated them in 2016. We are now enjoying the drama they are staging here.”

The Court session eventually started. Thomas Awah, one of the detainees yelled at the judge and got thrown out of the courtroom by the warders

Mancho Bibixy in an attempt to stage a walkout was held by the guards.

Eventually, the case was adjourned again, this time to the 24th of May, days after the National Unity celebration day in Cameroon, 20th May.

Mancho Bibixy told the court he is ready for death sentence.

A serious quarrel broke out between the detainees of the anglophone crisis and warders.

Mancho complained that anglophone inmates are being threatened on daily basis and that one of them was stabbed recently.

President Paul Biya demotes Military General incharge of the Anglophone Crisis and appoints another, the reason why will shock you!