President Paul Biya demotes Military General incharge of the Anglophone Crisis and appoints another, the reason why will shock you!

Home » President Paul Biya demotes Military General incharge of the Anglophone Crisis and appoints another, the reason why will shock you! 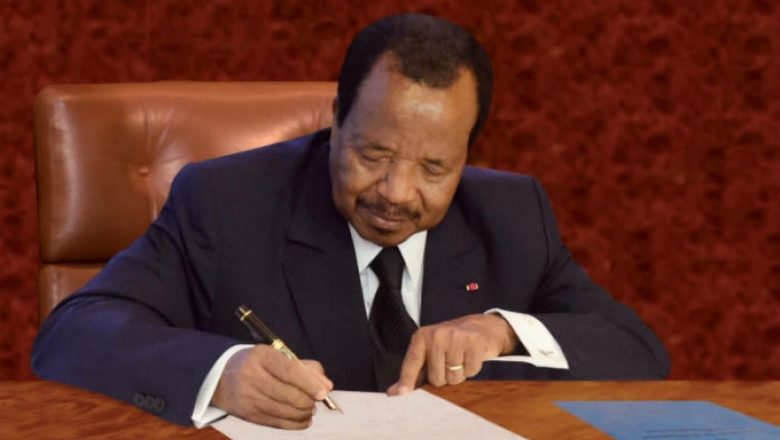 President Paul Biya signed a decree appointing new officials in the Country’s defense system earlier this week.
What was conspicuous in his appointments was the fact the Military General incharge of the Anglophone Crisis; General Melingui Nouma was demoted.
Here is an analysis put together by independent journalist; Prince Nfor Hanson Nchanji, of reasons why General Melingui was demoted:
1)General Melingui admitted to a foreign Media that some soldiers frightened by the Strength of Ambazonia fighters in Mamfe and other areas, deserted , while some joined and trained the fighters.( This is a little Dangerous for morale of Soldiers and Image of the Military)


2)General Melingui also admitted that Military has been burning houses but ONLY those houses where arms were found in them. His comments were in contrast to what Communication Director of Defense Ministry said, Colonel Badjeck,had told the Press that the military has never set fire on a single house.( This exposed Lies about Military actions-too true to be a General)


3)He is replaced by a Colonel, smaller rank than him, he is appointed at the Ministry of Defense in a position which is more or less, a “garage”, as my French Colleagues will always say.


Generally, CNA has interviewed several persons who have been at the war front and all they say is he was very receptive , they spoke well of him. This is evident when he granted an interview to a foreign Channel, not every General at war front will have time for the Press.


QUESTION: Was he too soft, too fatherly and too truthful  in handling the crisis and military atrocities?


Never has the replacement of a commander been discussed nationwide like his case, in my neighborhood, Francophones are even more interested about his replacement with each making his own analysis.