Seccessionist camp found, exposed and burnt by police in the South West Region! 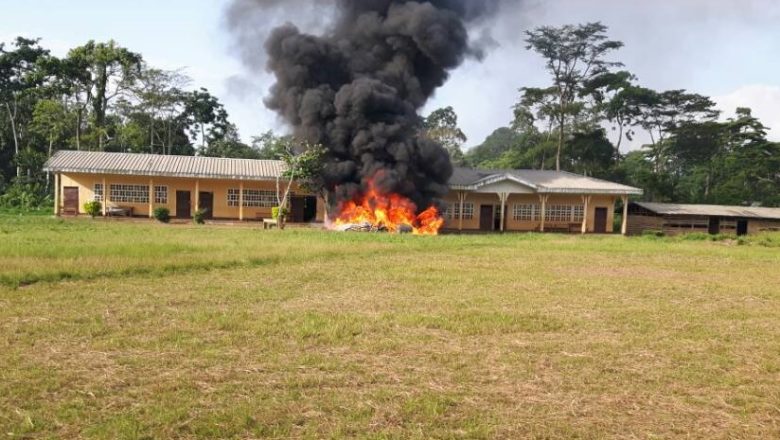 Soldiers burned items seized from a school in Diffa(not far from Kumba) where suspected secessionists had camped.
An armed gang had infested the buildings of a school not far from Kumba. This Wednesday, soldiers reclaimed the school from the hands of seccessionists fighters who camped there via an intense altercation.
The school establishment; consisting of two buildings, including one built of temporary materials, was used by these individuals for accommodation purposes.
Nineteen firearms were found on the site as well as a gas cylinder, drums with a capacity of over 200 liters each containing gasoline, mattresses, clothing, cooking pots, and equipment for the preparation of portions.
 The school was released from the claws of the separatists after an intense exchange of gun fire between suspected secessionists and defense forces in the Diffa -Kake 1-Kake2 zone.
The area is almost empty now, because of the frequent clashes that occur there. The people have sheltered in bushes or nearby towns.