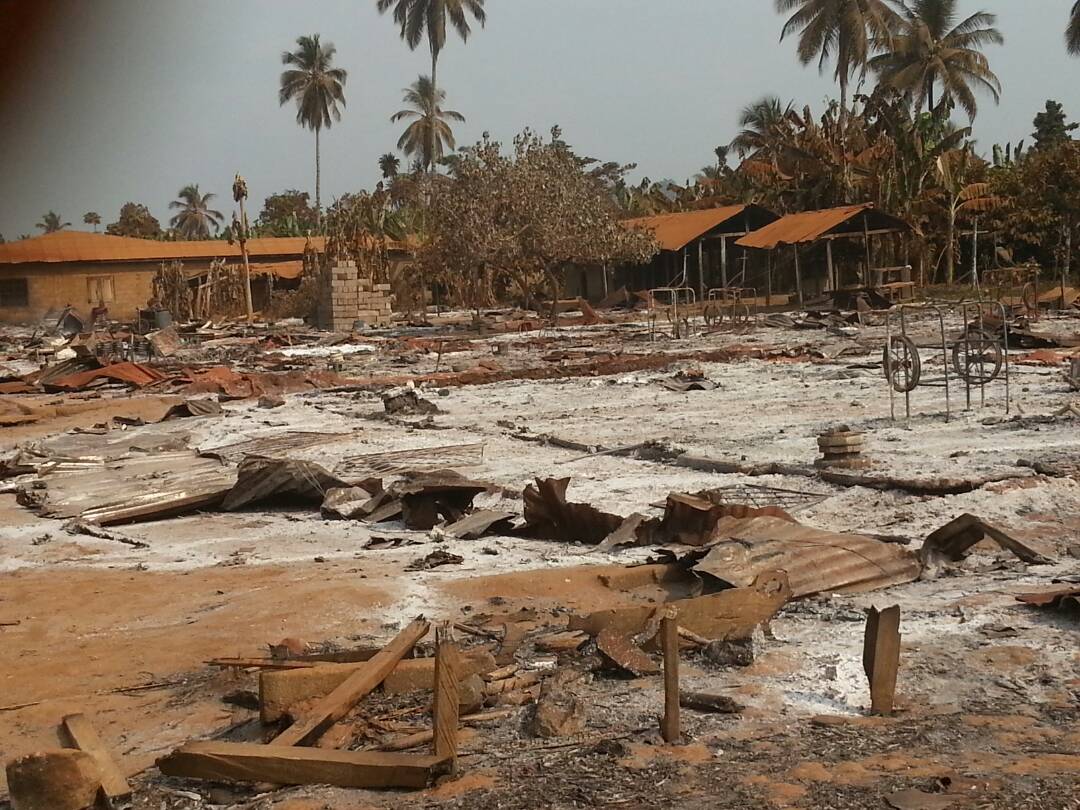 Dozens of houses in Foe Bakundu in Mbonge, Meme Division, have been burnt down to ashes.

Villagers who were seeking refuge in bushes, due to the unrest in the area, rushed home to put out the flames and recover whatever they could from their burning property.

The villagers say security forces are the ones who indulged the burning down of houses and property in search for armed Ambazonia fighters.

Unfortunately, a human being, was discovered among the rumble, also burnt down.

Catholic schools in the SW & NW will not open next academic year if Anglophone Crisis continues!