The ministry of health has issued a statement, saying that cases of Monkey pox have been recorded in the Manyu Division of the South West and Momo Division in the North West.
Monkey Pox is a disease that affects humans due to their interaction with animals or other affected persons.
The ministry of health urges the population of the South West and North West to be vigilant and report any abnormal cases of rashes or fever.
Read statement below: 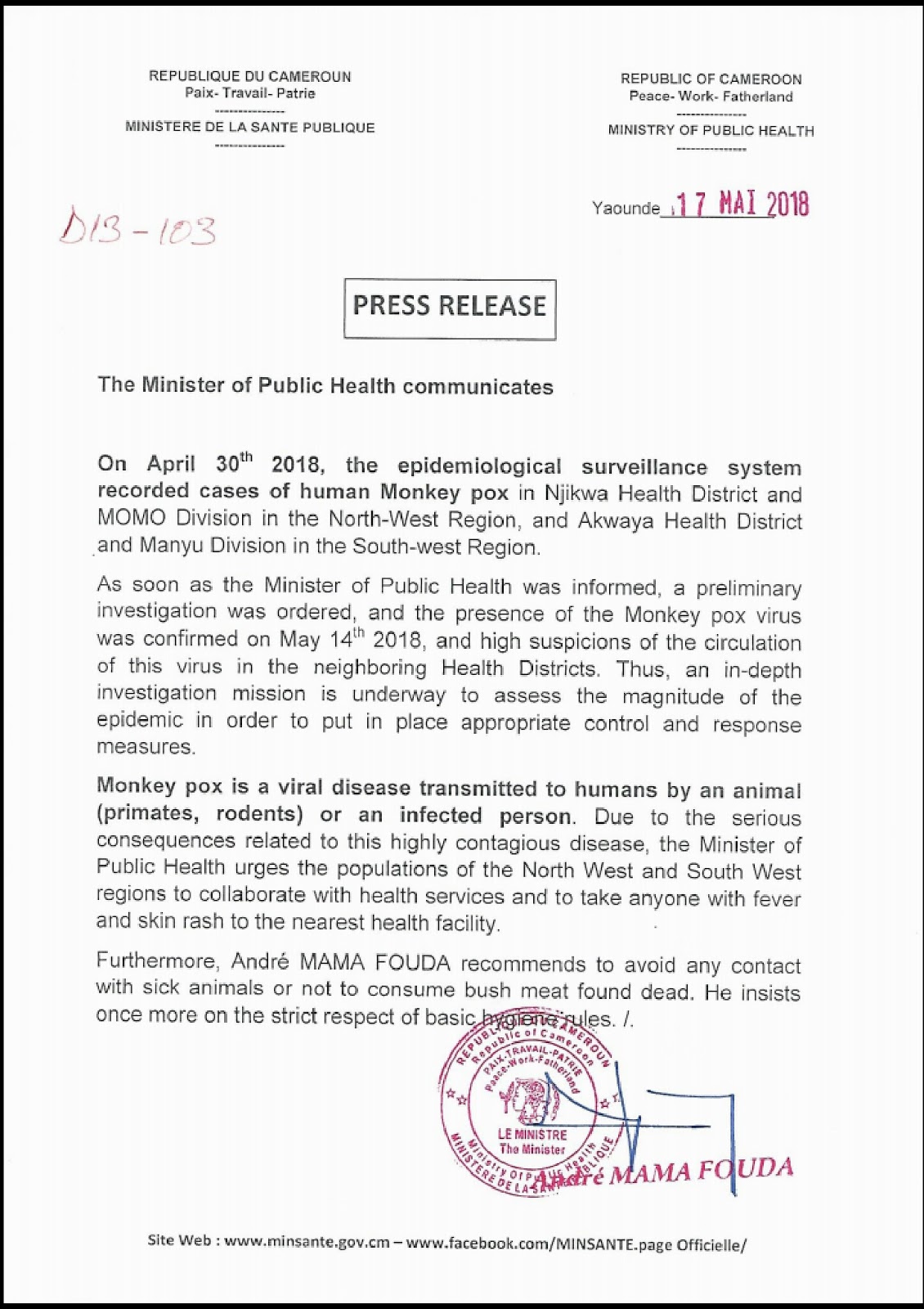