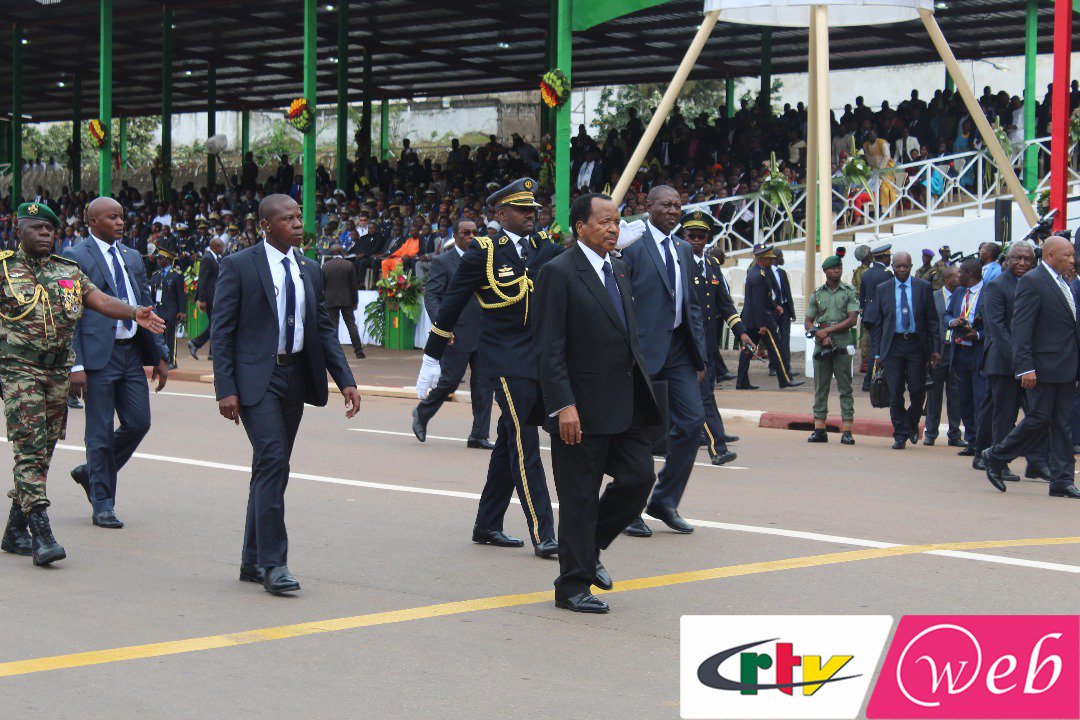 Meanwhile in most towns in the South West and North West regions, there is no celebration of the on-going National Day of Unity, as all citizens are at home observing Ghost Towns, most of the French speaking regions are booming in celebration, notably the nation’s capital; Yaoundé.
The president of the republic; Paul Biya, His wife and entourage are on the grand stand, watching the march past.
When it was the turn for SDF to march, two men in the lot were seen matching top-less, waving their hands over their hands, allegedly in protest for the ongoing Anglophone Crisis.
Watch video below: