At least 3 dead and 6 wounded in the English Speaking regions on 20th May!

Home » At least 3 dead and 6 wounded in the English Speaking regions on 20th May! 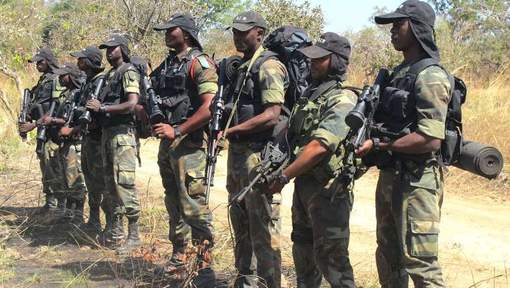 Many attacks took place yesterday, 20th May in some localities in the South West and North West regions.
These attacks caused at least three dead and six wounded among Cameroon’s security and defense forces.
A police officer died of injuries sustained by suspected secessionists on Sunday in Ekona, Southwest Region.
Suspected secessionists attacked the security post of the town of Ekona (Fako Division,
Southwest Region).
At the same time, burnt tires were laid in barricades on the Muyuka – Buea road. An exchange of gunfire followed with the elements of the police deployed to protect the area.
One death was recorded on the side of the security forces, death of officer Moulong Azang. He was injured during the clashes and succumbed to his injuries. Two other soldiers were also injured.
Elements of the Central Command of the Mobile Police Intervention Group (CIMIC) were subsequently sent for reinforcement in Ekona. They were victims of an accident after driving on engine oil poured on the road by the attackers leaving one injured.
Other attacks were recorded at the army stations in Nkongle, Konye, ​​Andek (Northwest), the Banga Bakundu(south West) toll booth and the Tinto gendarmerie brigade.
Two soldiers were killed and three others were killed, with others wounded.
Shots were also heard in the town of Batibo(North West).