Cameroon government reprimands US Ambassador for exposing killings in the North West & South West, the US government fires back!

Home » Cameroon government reprimands US Ambassador for exposing killings in the North West & South West, the US government fires back! 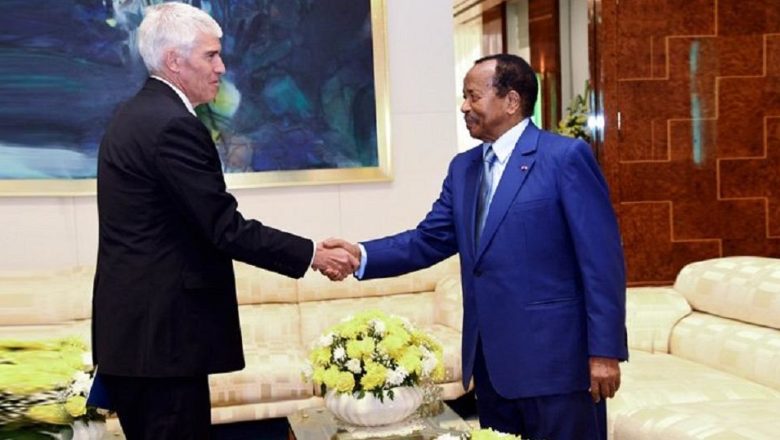 USA Ambassador to Cameroon; Peter Henry Barlerin, was summoned by the Cameroonian Minister of Foreign Affairs on Tuesday, May 22nd due to the utterances he made during his speech during an exchange he had with President Paul Biya.
The Cameroonian Foreign Minister; Lejeune Mbella Mbellla, reprimanded the US Ambassador for saying that the Cameroonian government was carrying out targeted assassinations in the South West and North West and that President Paul Biya should not stand for the next elections, but copy examples from other African Presidents like Nelson Mandela.
See press release from the Ministry of foreign affairs: 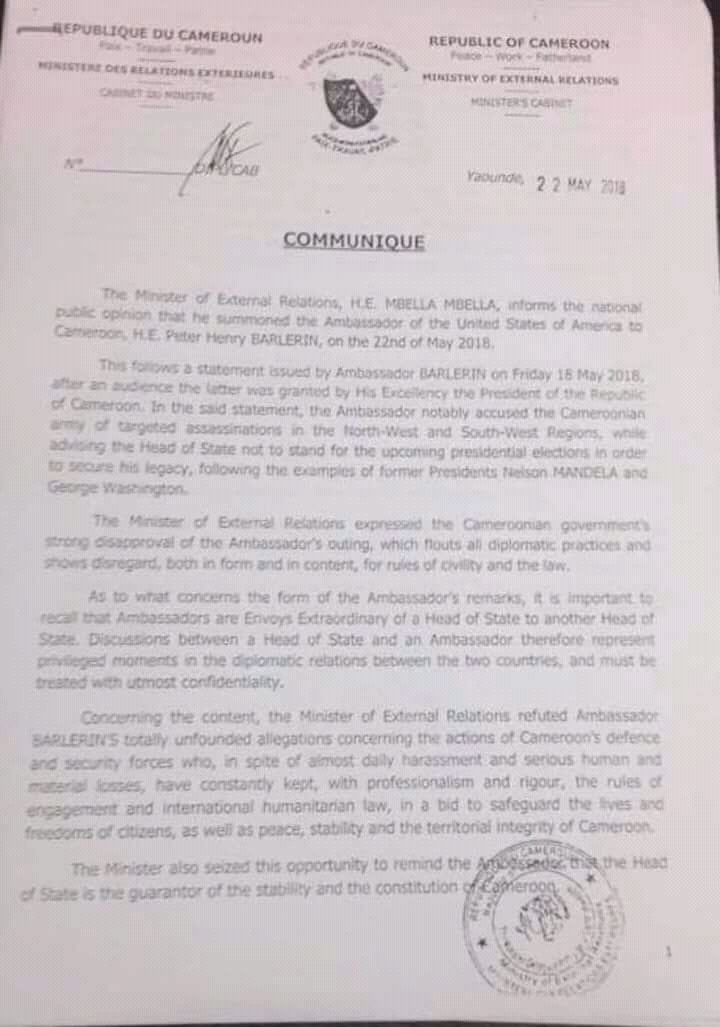 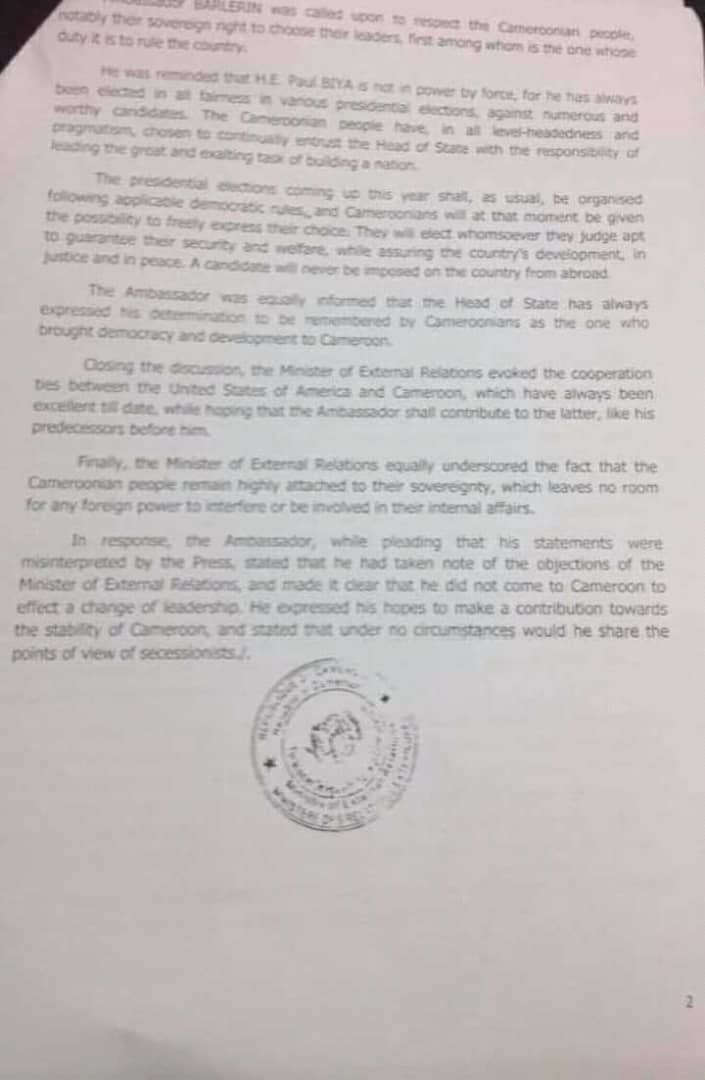 The US Ambassador to Cameroon after being summoned, apologised and said he was misunderstood.
Reports hold it that he has left Cameroon and headed back to the United States.
The US Deputy Secretary of state incharge of Central Africa, has come forth to say that Cameroon cannot intimidate the US Ambassador, and they should focus on solving their Crisis. See the infographic below: