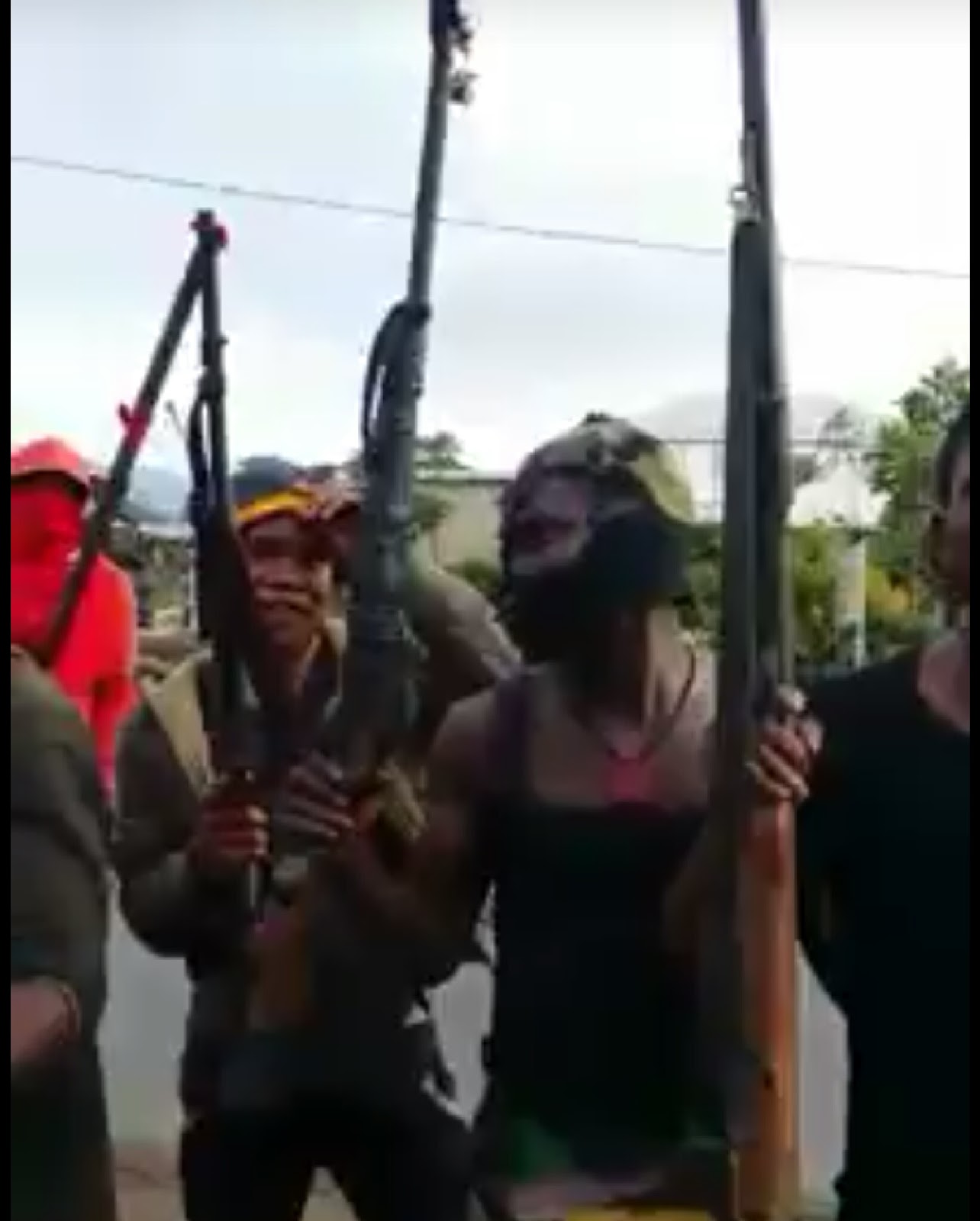 Heavily armed Ambazonian fighters aka Amba boys, have made a new video revealing that after spending 3 months in the bush hiding, they are back in town, ready to face the Cameroonian military.
They all have red objects on their necks which they wear as chains. Many have alleged it is a protective charm against bullets and other things, otherwise known as ‘odeshi.’
Watch the video below, and take note at the 22nd second where one of them says ‘odeshi’ after another one of them shoots in the air.
They threaten to kill Paul Biya and Issa Tchiroma Bakary as they say the struggle is over. Watch video below: